Snoop around the bathroom of any skincare obsessive and chances are you’ll find a curvy, ergonomic electric brush languishing by the basin or in the shower.

Too big to be a toothbrush, too soft to be a hairbrush, what you’ve stumbled across is probably a Clarisonic — the vibrating face brush that, a decade ago, took the world by storm, sold ten million globally and kicked off the trend for high-tech beauty gadgets.

Now, however, it’s all over.

The first that millions of beauty fans knew about it was when a note appeared on the clarisonic.com website announcing: ‘After more than a decade of game-changing innovation and industry-leading technology, the Clarisonic brand will be shutting down as of September 30, 2020.’ 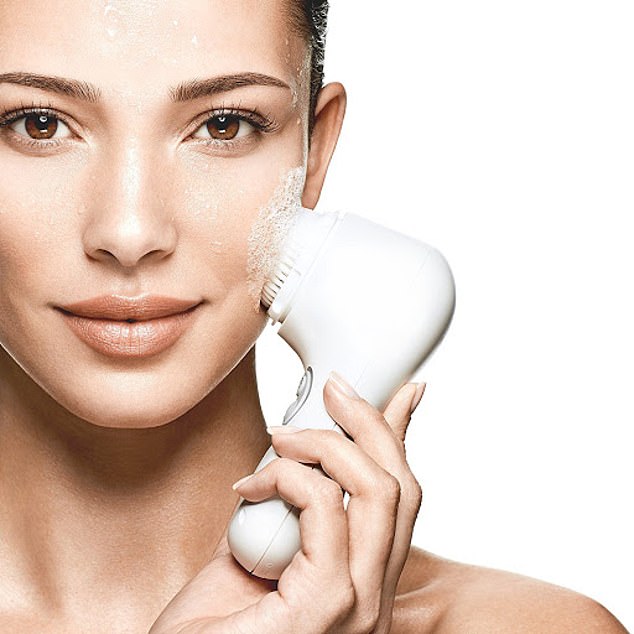 After 11 years on the market, fashion brand L’Oreal are pulling their Clarisonic vibrating face brush

The news prompted an outpouring of grief on social media, with fans imploring: ‘Do not do this! Everyone knows Clarisonic is the best.’ while others lamented: ‘Nothing has helped me as much as the Clarisonic.’

No real explanation was given; the website simply said that ‘this difficult decision was made so that L’Oreal [who bought the Clarisonic brand in 2011] can focus . . . on its other core business offerings.’

So how did a beauty gadget develop such a dedicated following? And if it is so good, why on earth has L’Oreal jettisoned it?

The Clarisonic facial brush hit the UK in September 2009. Back then, I described it as looking like ‘an oversized electric toothbrush’ —– and that was no coincidence.

The device was developed by the team behind the Sonicare toothbrush, and used similar technology: oscillating bristles that created turbulence in any liquid they came into contact with. These micro-movements, the manufacturers claimed, helped to dislodge plaque from teeth or dirt from your skin.

It was an instant sensation. At the time, I wrote: ‘Dermatologists and celebrities alike can’t praise this little gizmo enough. Cameron Diaz, Gisele Bundchen and Demi Moore are apparently fans. 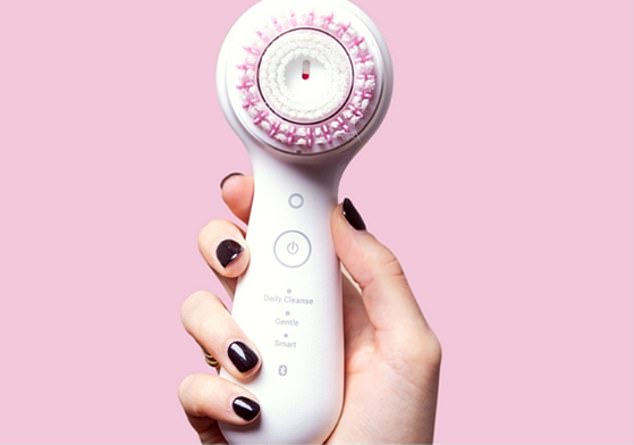 ‘And just as compelling are anecdotal testimonies from women who insist it has improved everything from rosacea and acne to shaving rashes.’

The fact it cost a staggering £150 didn’t seem to deter anyone.

Former beauty columnist Hannah Betts was one of the first to get her hands on the Clarisonic. More than a decade later, she says she is still ‘a fully paid-up member of the cult of the Clarisonic, even if experts tell me it scours my skin.

‘I use it three times a week, with an oil product so that the effect isn’t too drying. Nothing else makes my skin feel as clean.’

But, as Hannah suggests, not everyone is a fan. Alongside the millions mourning its demise are experts who will be dancing on its grave.

‘The way people use it is just too heavy-handed,’ says facialist Dija Ayodele of London’s West Room Aesthetics. 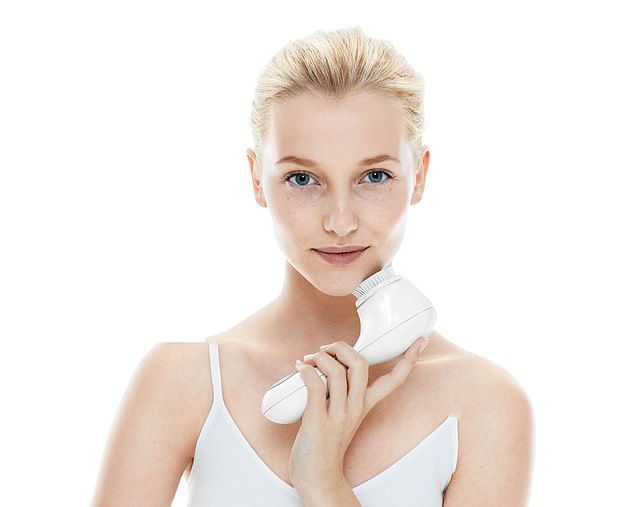 ‘They tend to press it onto the skin, damaging the skin barrier. I’ve seen micro-tears and pigmentation problems caused by these repeated mechanical assaults on the skin.’

There have also been reports of Clarisonic brushes, invariably kept in the moist environment of the bathroom, harbouring mildew and mould.

Dija adds: ‘If you use something stronger than soap and water to clean it, you run the risk of getting residue on the skin which can cause inflammation. But if you don’t clean it properly, it becomes a breeding ground for bacteria, which is exactly what you don’t want.’ 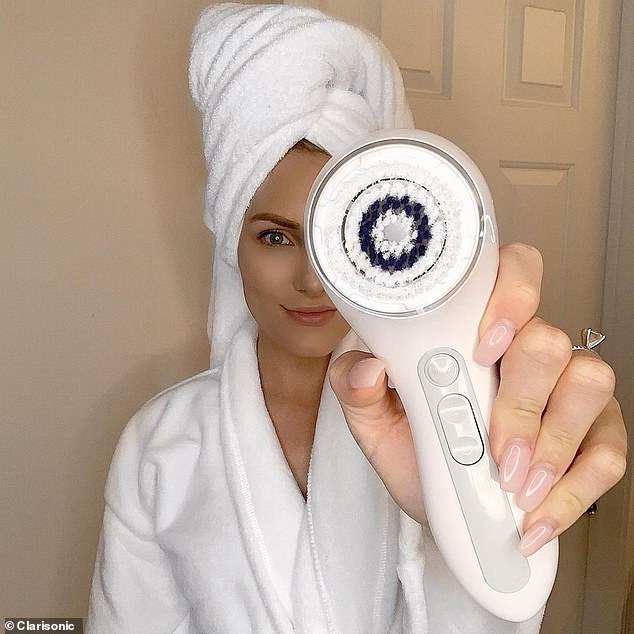 At £150, the price tag didn’t seem too steep for fans of the product, with sales numbering in the millions

‘These brushes were promoted as a way of removing make-up gently and more effectively than you could with just your hands, but now melting make-up with oils and balms is very much in vogue instead, which is even gentler,’ she says.

‘At the same time, there is also more awareness of chemical exfoliation [using acids to get rid of dead skin cells on the surface of the skin] — physical exfoliation [the sort of manual scrubbing that face brushes offer] has fallen out of fashion.’

Love it or loathe it, you can’t deny that the Clarisonic was innovative and spawned a new beauty category — that of devices — not to mention a number of copycats.

Back in 2009, if you’d checked the skincare tools section of beauty boutiques such as Space NK, you’d have found little more than tweezers and eyelash curlers. Now it’s packed with micro-current devices, LED masks and much more. 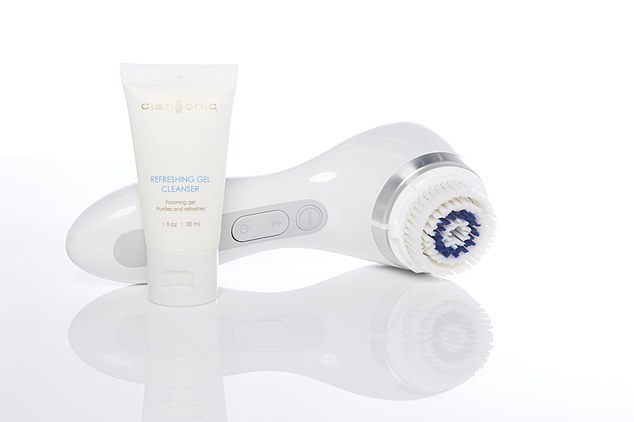 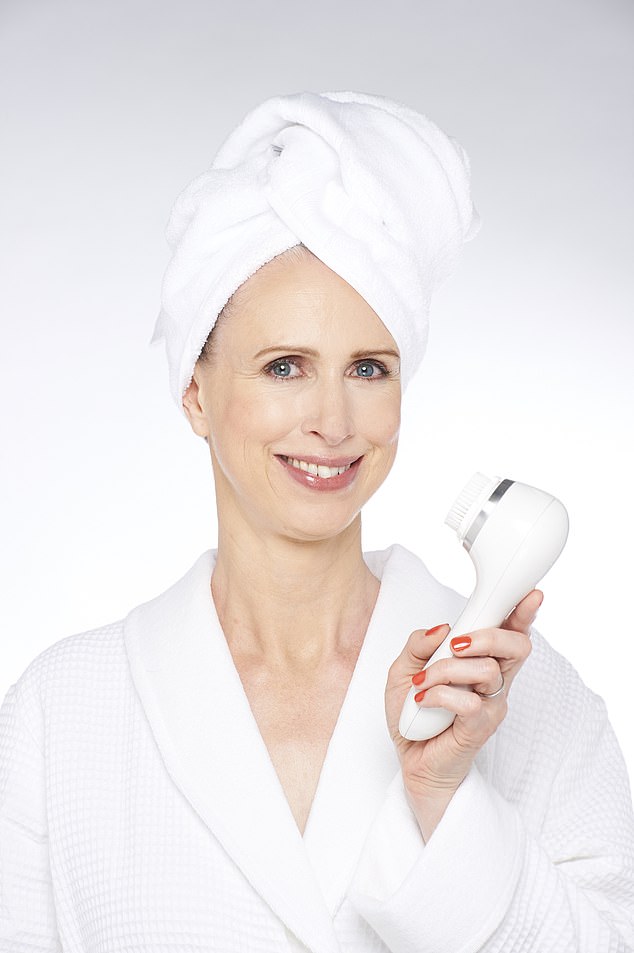 Similarly, the website Current Body.com, sells hundreds of devices covering every aspect of skincare, from cleansing and hair removal through to anti-ageing and acne.

Within a few years, brands including Olay, Boots, Clinique, Philips and Magnitone had launched their own face brushes, often at a fraction of the price of the Clarisonic.

And while most of these devices used different technology — rather than a vibrating head, they tended to have a cheaper rotating head, which many argue is harsher on skin — it was hard to convince consumers to part with a three-figure sum for a brush, and then pay an extra £20 every three months to replace the head, when they could get something similar far more cheaply.

Which may be the real reason L’Oreal has pulled the plug on the first cult beauty gadget, rather than any naysaying by dermatologists and facialists. 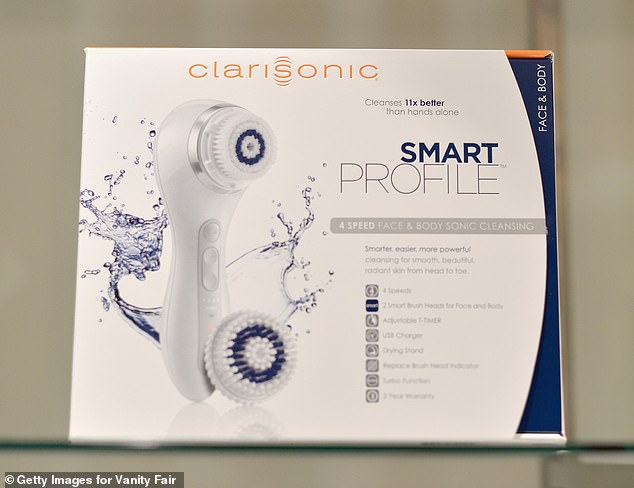 Despite production of the product having now stopped, there are enough supplies of the devices and their heads to keep people topped up for another couple of years

After all, thanks to the pandemic and a rise in the number of us giving ourselves spa-style treatments at home, sales of facial devices actually rose in the first half of the year.

But if you refuse to be parted from your Clarisonic there’s some good news. While, in the U.S., replacement brush heads sold out on the Clarisonic website within 24 hours of the announcement, here in the UK, you don’t need to panic buy.

Laurence Newman, CEO of CurrentBody.com, Clarisonic’s official retail partner has told Femail that although manufacture of devices and heads has stopped, ‘we are well placed to ensure there is continued supply — for at least the next couple of years’.

(The clarisonic.co.uk website will automatically redirect you to CurrentBody if you want to buy anything.) 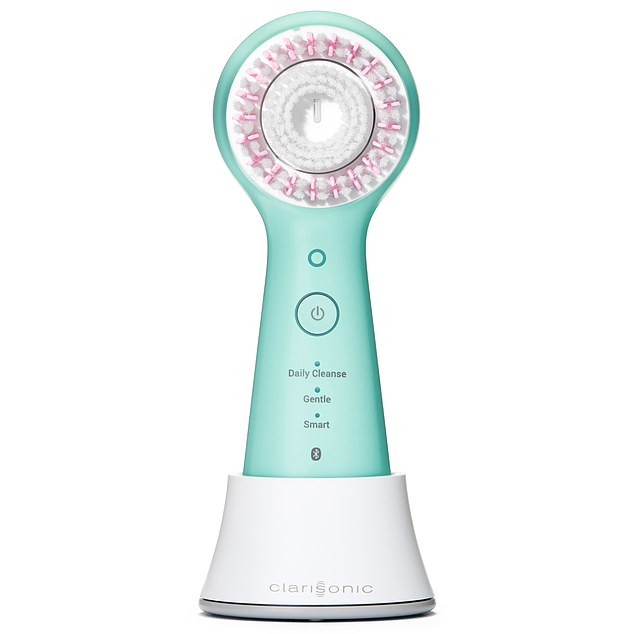 Within a few years of having been launched, brands including Olay, Boots, Clinique, Philips and Magnitone had launched their own face brushes (stock image)

Who knows what will happen after that? If sales go well, another company may swoop in to buy the patents to continue producing Clarisonic devices. But if you’re interested in alternatives, there are plenty around.

Foreo devices — launched in 2013 — were developed by the same Swedish team that makes Lelo vibrators. And the fact that they have silicone bristles means that they’re far easier to keep clean than conventional brushes.

They’re also softer, so you’re less likely to damage your skin, plus you don’t need to replace the head. If you want to trial their technology, their smallest device, the Luna Play, is just £29, currently reduced to £23.20 on foreo.com.

Elsewhere, Magnitone has vibrating bristle and silicone brushes from £40 (magnitone.co.uk), while a mini version of Philips Visapure — my favourite, after trying pretty much every brush out there — is £39.99 at John Lewis.

If you are going to use one, slowly introduce it into your cleansing routine, using for no more than a minute (20 seconds on each side of your face and 20 seconds on the forehead) once or twice a week.

Use with a gentle cleanser or cleansing oil that doesn’t leave the skin feeling tight, and avoid any other exfoliation or acids.

L’Oreal’s decision to ditch Clarisonic may seem like the end of an era, but I get the feeling its legacy will live on for some time to come.

Fri Oct 16 , 2020
A beauty chameleon, Madonna has been shapeshifting with the changing tides of fashion for decades. Her latest incarnation is the mysterious, eye-patch wearing secret agent Madame X, who has been the muse for the singer’s 14th album, a make-up collection and now a fragrance.  Madonna has teamed up with London […]