The megastar has seemingly found endless ways to sartorially celebrate her pregnancy—and we’re here for all of them.

As March began, all eyes in the fashion industry turned toward Paris, where Paris Fashion Week launched on Monday, February 28. But while the catwalks are full of looks forecasting the fall and winter trends, one person has been trending above all else: Rihanna.

Now, to be clear, there’s no one right way to “do” pregnancy, aside from staying as healthy as possible. But since jumpstarting Black History Month by announcing she and A$AP Rocky are expecting a little superstar, Rihanna has been putting her own spin on maternity style, to say the least. That is to say, she hasn’t let pregnancy cramp her bad girl style—at all. In fact, Rih’s growing belly has become yet another feature for the star to accessorize, and though we still have several months to go until Baby Rih-$AP (Baby A$AP Rih-cky?) enters the world, the entrances Rihanna has been making in the month since her big announcement have already been epic.

Take, for instance, one of Rih’s first appearances after her big reveal: In keeping with that theme, the star proudly posted an “all black everything” ensemble, which included a nod to the life growing inside her. Reveling in her changing body, she wore a top that would’ve been daring on any physique, accentuating her bare belly and cleavage with a frontal lace-up detail.

A subsequent sighting spoke to Rihanna’s notoriously “savage” nature, as she gave us roadkill realness in a mixed-faux-fur trimmed coat and camo trucker hat, again highlighting her blossoming belly with low slung jeans and a raw leather crop top held together with a single tie.

As New York Fashion Week kicked off on February 11, Rihanna set it off on the other coast, celebrating her collection of beauty brands in a showgirl ombré halter and trouser ensemble primarily composed of strands of shimmering beads…because Rihanna definitely knows how to put on a show.

For a Valentine’s-themed tease of Savage x Fenty’s holiday collection, Rih kept it subtle—for her. Wearing a hooded red leather coat that would put Red Riding Hood to shame, she elevated the idea of maternity dressing in a look that will no doubt be imitated by expectant mothers and non-pregnant style lovers alike.

As New York Fashion Week came to a close, Rihanna joined the fashion set in Milan, stunting at Gucci in a heavily accessorized look from the label. That included a pair of Suzhou-embroidered satin trousers from Gucci’s pre-fall 2022 collection, which she paired with a vinyl bustier over a lace crop top, making her belly the centerpiece. She topped it all with a lavender faux fur and Cleopatra-like pieced metal headpiece from the pre-fall collection, completing the look with the as-yet-unreleased but already coveted Gucci x Adidas three-stripe gloves.

But she wasn’t done for the day. Transitioning to a nighttime look, Rih paired the fur with a sheer black lace mini dress, directing our eyes back to her midriff with an exaggerated keyhole detail and jeweled cross.

Perhaps understanding her traveling days may soon be on temporary hiatus, Rihanna continued on to Paris, helping pay tribute to Virgil Abloh from the front row of Monday’s Off-White runway show. Going monochromatic for the occasion, Rih donned a skintight blush leather-look dress, giving us tone and texture with a raw-edged shearling in a similar hue.

And then, there was Dior…where Rihanna’s look effectively broke the internet Tuesday as she donned a look almost as sheer as her iconic 2014 CFDA Awards ‘fit. Yes, it’s only March but it was springtime in Paris for Rih, as she topped a lacy black string bikini with a transparent lace babydoll dress, adding her requisite edge to the look with a leather trench and patent leather boots. It was once again an all-black-everything moment, but the real story was a sexy celebration of pregnancy.

And that’s really the point, isn’t it? While pregnant bodies have been increasingly celebrated over the past few decades (shoutout to Demi Moore), there is still the common expectation that an expectant mother should adhere to the dictates of modesty and the limited range of options specifically designed to accommodate her changing shape. While praises are due to Beyoncé, Cardi B and more for making their pregnancies into pop culture milestones, leave it to Rihanna to push the envelope even further, making the fashion world sit up and take note.

The truth is, pregnancy doesn’t change who you are, parenthood does. Rihanna is letting us know that while she is thrilled to be entering a new phase, she is still very much her sexy, boundary-breaking self—and hopefully, is giving other pregnant people the freedom to do the same.

As for the fashion statements, with months yet to go, we’re sure things will only get more fun from here. But if you ask us what we saw during Fashion Month, the answer will probably be: “Rihanna.”

Maiysha Kai is Lifestyle Editor of theGrio, covering all things Black and beautiful. Her work is informed by two decades’ experience in fashion and entertainment, a love of great books and aesthetics, and the indomitable brilliance of Black culture. She is also a Grammy-nominated singer-songwriter and editor of the YA anthology Body (Words of Change series).

The post Rihanna’s maternity style is our favorite trend this Fashion Month appeared first on TheGrio.

Sun Mar 6 , 2022
Woman attacked at Glendale Fashion Center, suspect on the run A woman fell victim to an unprovoked attack Wednesday in a parking structure at the Glendale Fashion Center and police were still searching for the suspect. Related Posts:Rihanna Slayed In Sheer Lingerie Look At Dior’s Paris Fashion Week ShowNeed Style […] 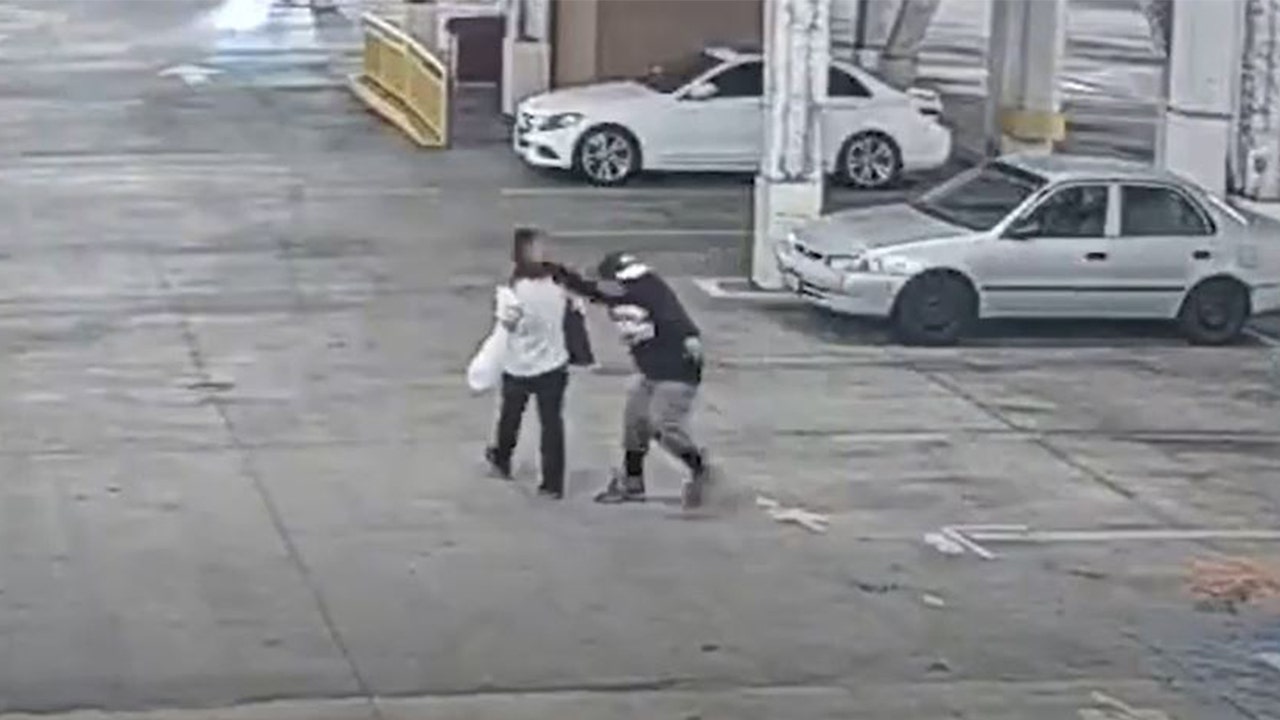