Rihanna is featured in the September issue of Harper’s Bazaar, starring in a cover shoot for the fashion magazine shortly after launching her eponymous skincare line.

Fans of Rihanna have been patiently waiting for the singer to release new music, following the release of her 2016 album Anti.

The 32-year-old has been keeping herself busy with other ventures in that time, launching her fashion house Fenty and cosmetics company Fenty Beauty in 2017, her lingerie label Savage X Fenty the following year and her skincare line Fenty Skin just a few days ago on 31 July.

To mark the transition from spring/summer fashion to the autumn/winter season, Rihanna stars on the cover of Harper’s Bazaar‘s September issue, the most highly-anticipated issue for all fashion magazines.

The “Pon de Replay” singer is dressed in an angelic white Fenty dress on the cover of the publication, her hair styled in braids and her red lipstick adding a burst of colour to the photograph.

Within the folds of the magazine, one of the pictures captured by photographer Gray Sorrenti appears to show Rihanna paying homage to her famous 2015 Met Gala gown, which saw the musician showcase a bright yellow creation by fashion designer Guo Pei.

In the image taken by Sorrenti, Rihanna poses against a rural, hillside backdrop wearing a marigold shearling coat and fringed dress by Bottega Veneta, accessorising with a pair of yellow diamond earrings by Harry Kotlar.

In another photograph featured in the magazine, the singer is pictured lounging on a bed wearing a bra and bikini bottoms from her lingerie line Savage X Fenty.

The issue’s cover shoot with Rihanna is featured in all 26 editions of Harper’s Bazaar around the world.

Following the release of Rihanna’s cover shoot on social media, the singer sung the praises of photographer Sorrenti on her personal Twitter account.

Sharing the picture of herself wearing the Bottega Veneta coat and dress, she wrote: “Gray Sorrenti you baaadddd!!!”

Sorrenti shared several of the photographs on her Instagram Story, stating in the caption for one of of the posts that Rihanna is the “definition of a woman”.

The September issue of Harper’s Bazaar UK is on sale from 13 August 2020.

Thu Aug 6 , 2020
Beyoncé‘s stylist has revealed the extent of the work that went into dressing the star for her acclaimed visual album Black Is King, detailing the hours that were spent creating one of the most recognisable looks from the Disney+ film. Black Is King, described as being “a story for the […] 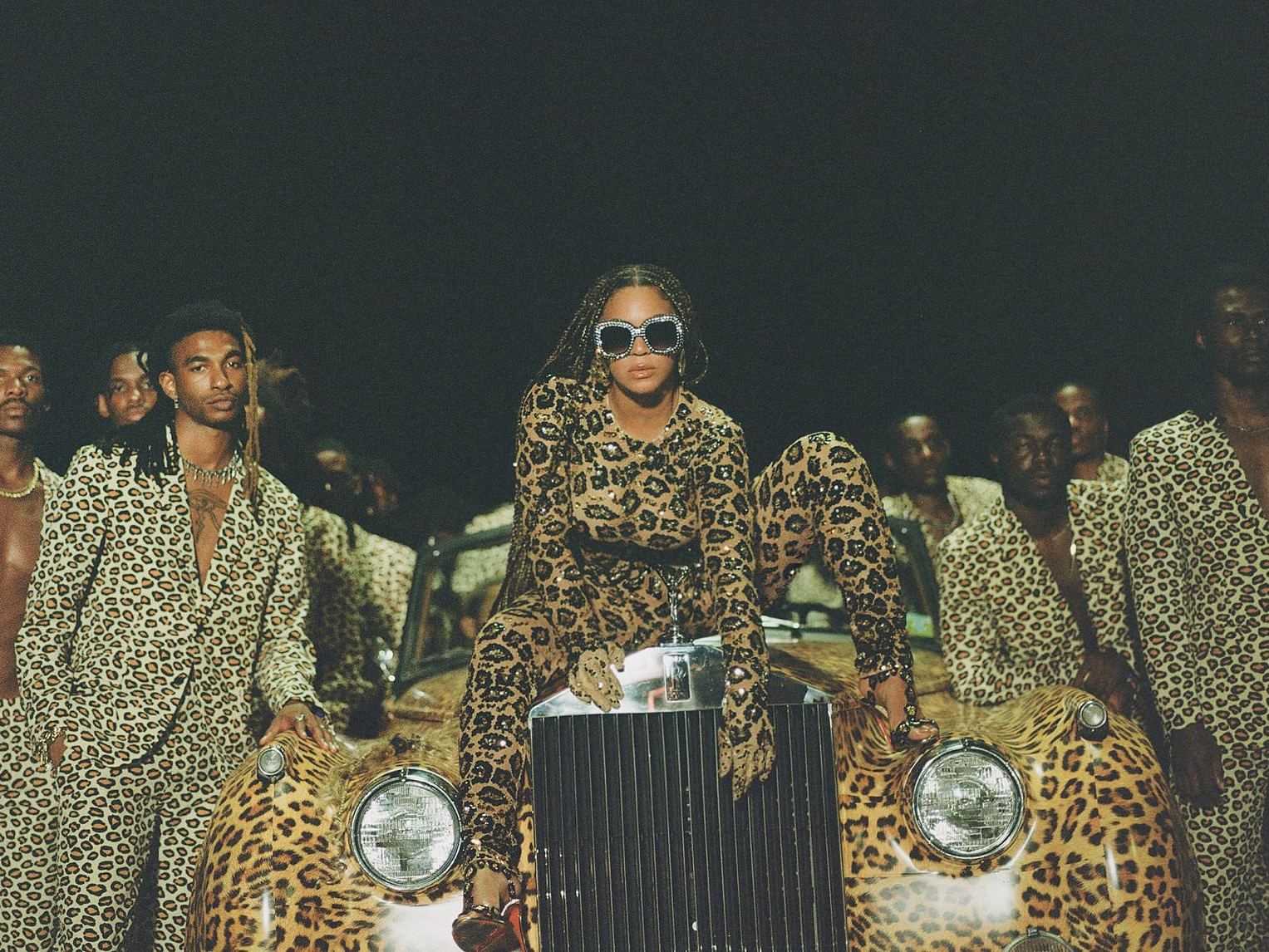