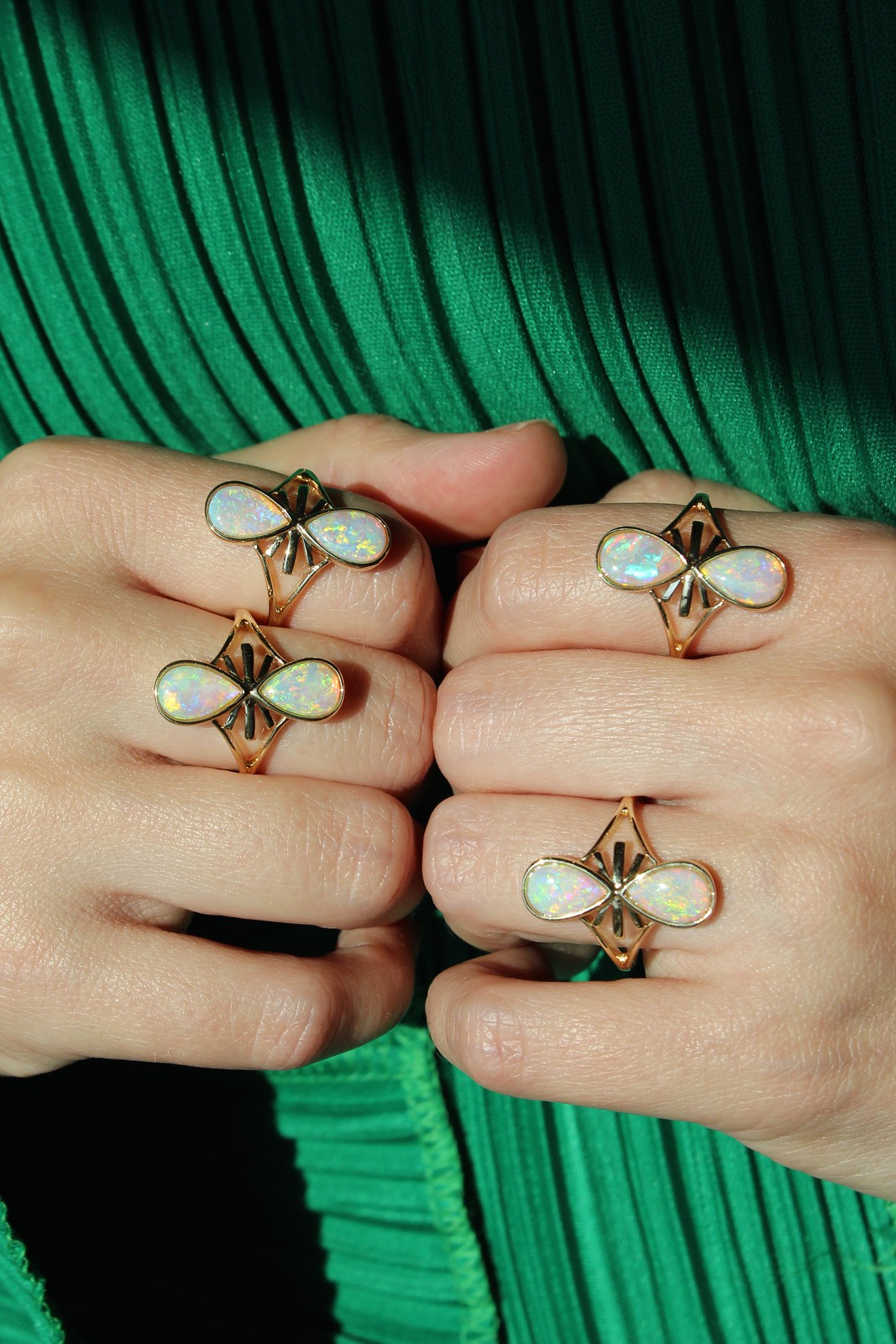 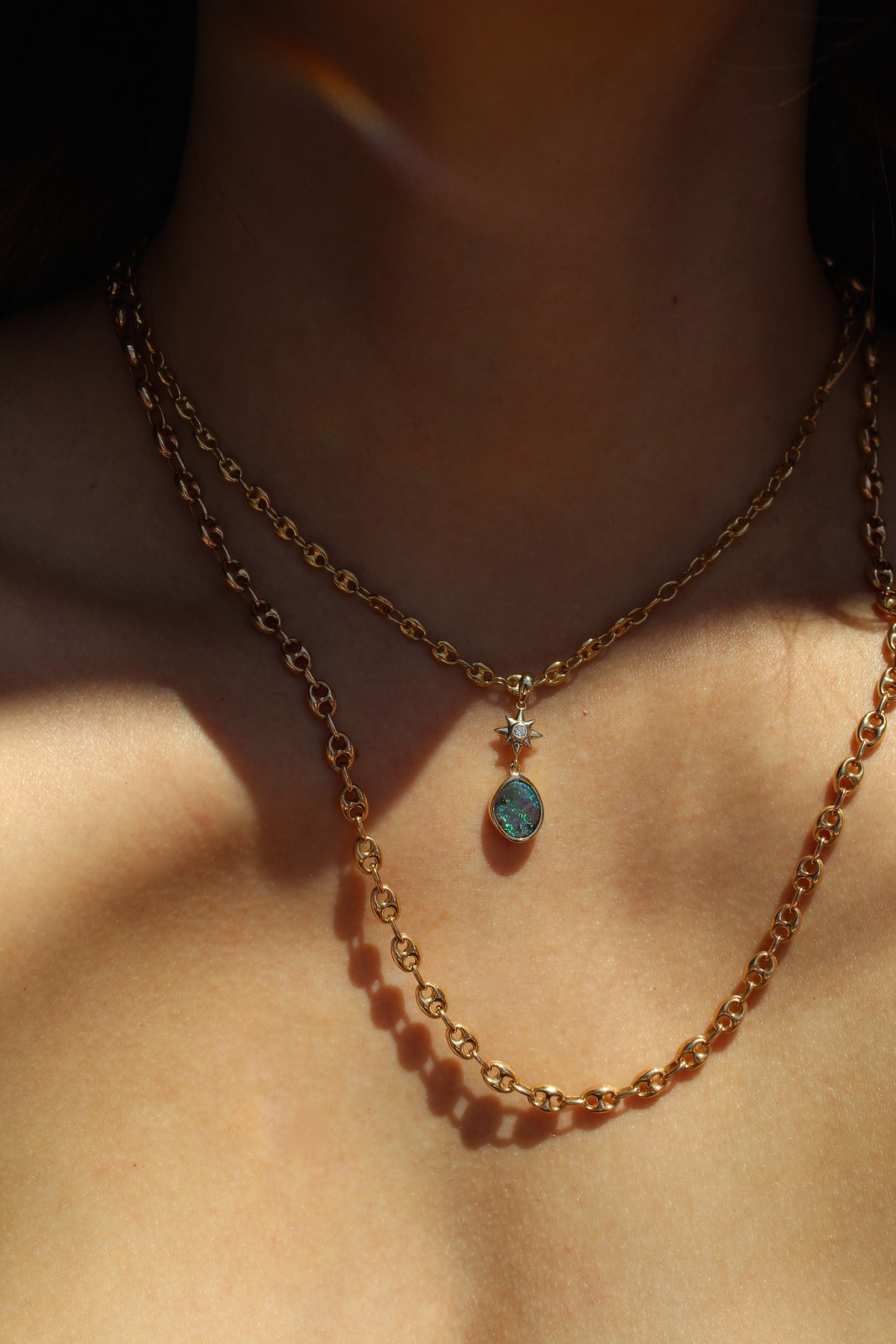 Parle Gems and myself have been working on a very special collection and I’m so excited for you to see it! This is our third collaboration and it drops this Thursday, May 19th. In honor of it being our third collaboration, we’re releasing three mini collections each with its own distinct significance. The inspirations behind each collection are all different, however they all have one thing in common: brilliantly bold opals from Parle Gems are featured in every piece. I handpicked each opal while at the Tucson Gem Show at Parle Gems’ booth.  At that point, we already had the designs finished and ready to go – just needed the stones picked and matched to perfection.

A little bit about each mini collection: 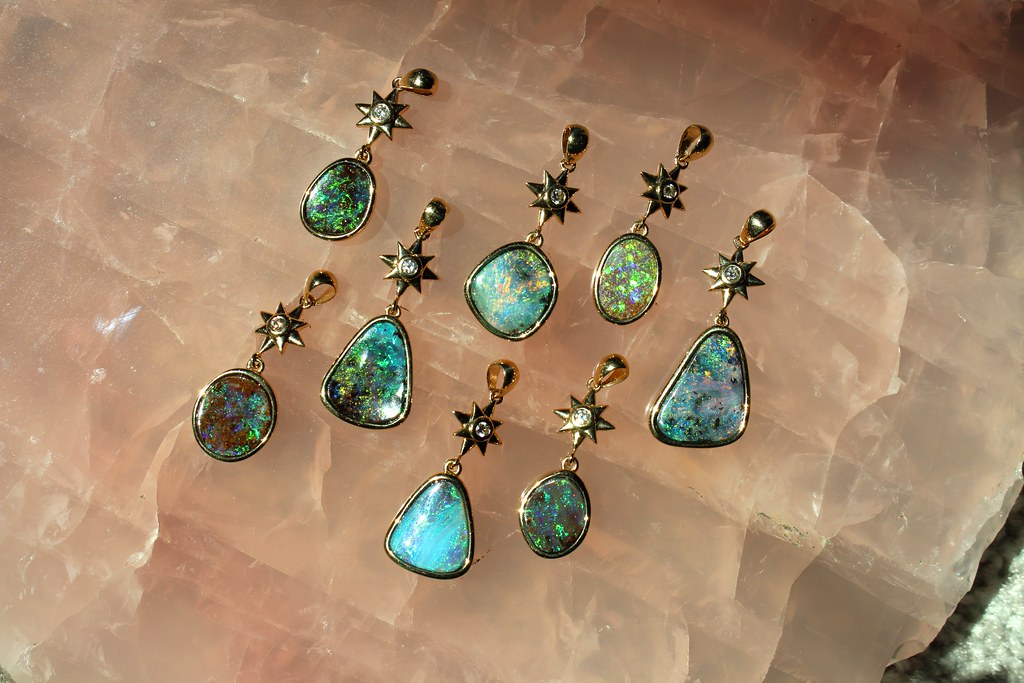 I love all things celestial, in fact I collect celestial-inspired jewelry and have lots of moons and star pieces, each magical in their own way. When designing these, rather than having boulder opals bezeled and hanging from a bail like I’ve done in the past, we’ve added a star set with a sparkly diamond to each one. Boulder opals are so unique, truly one-of-a-kind created by Mother Nature…I couldn’t decide between the darker body colored ones or the lighter ones, so I’ve included a good mix! Each one caught my eye in its own way and I had so much fun picking which ones made the cut. 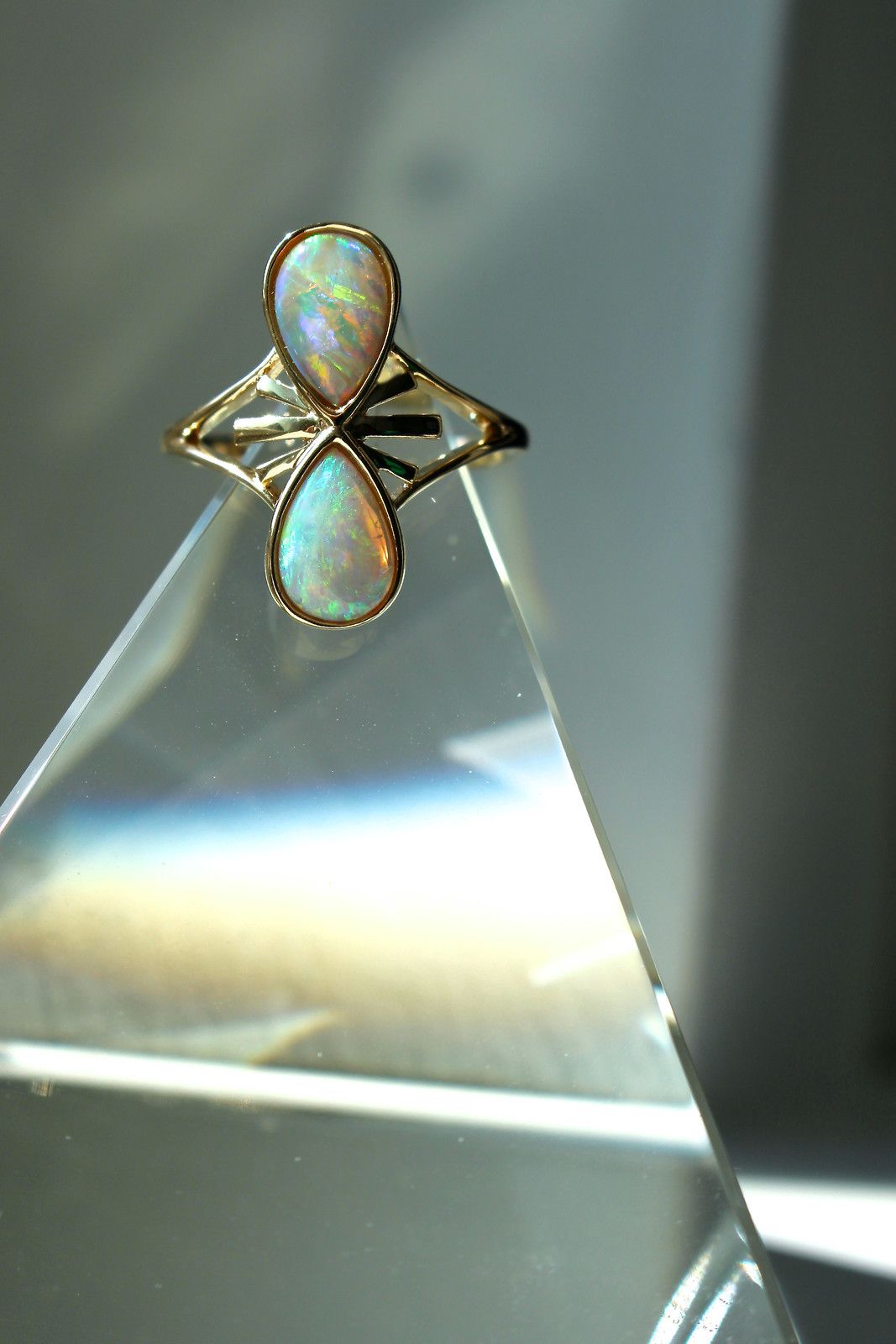 These rings were inspired by a ring that I had sold early on in my career — one that I definitely regret selling! I wanted to bring it back to life by giving it my own spin, but keeping the core design idea intact, which was having two pear-shaped gems with points facing each other. I love the finger-coverage this ring gives. It is something bold but not overpowering. Choosing the pear shape Australian opals from Parle Gems was tough — each one had to complement its partner, match in body color, but I didn’t want them too matchy-matchy. I hope you love them as much as I do!  We’ve made four in total and if those sell out, we’d be happy to create one custom for you! 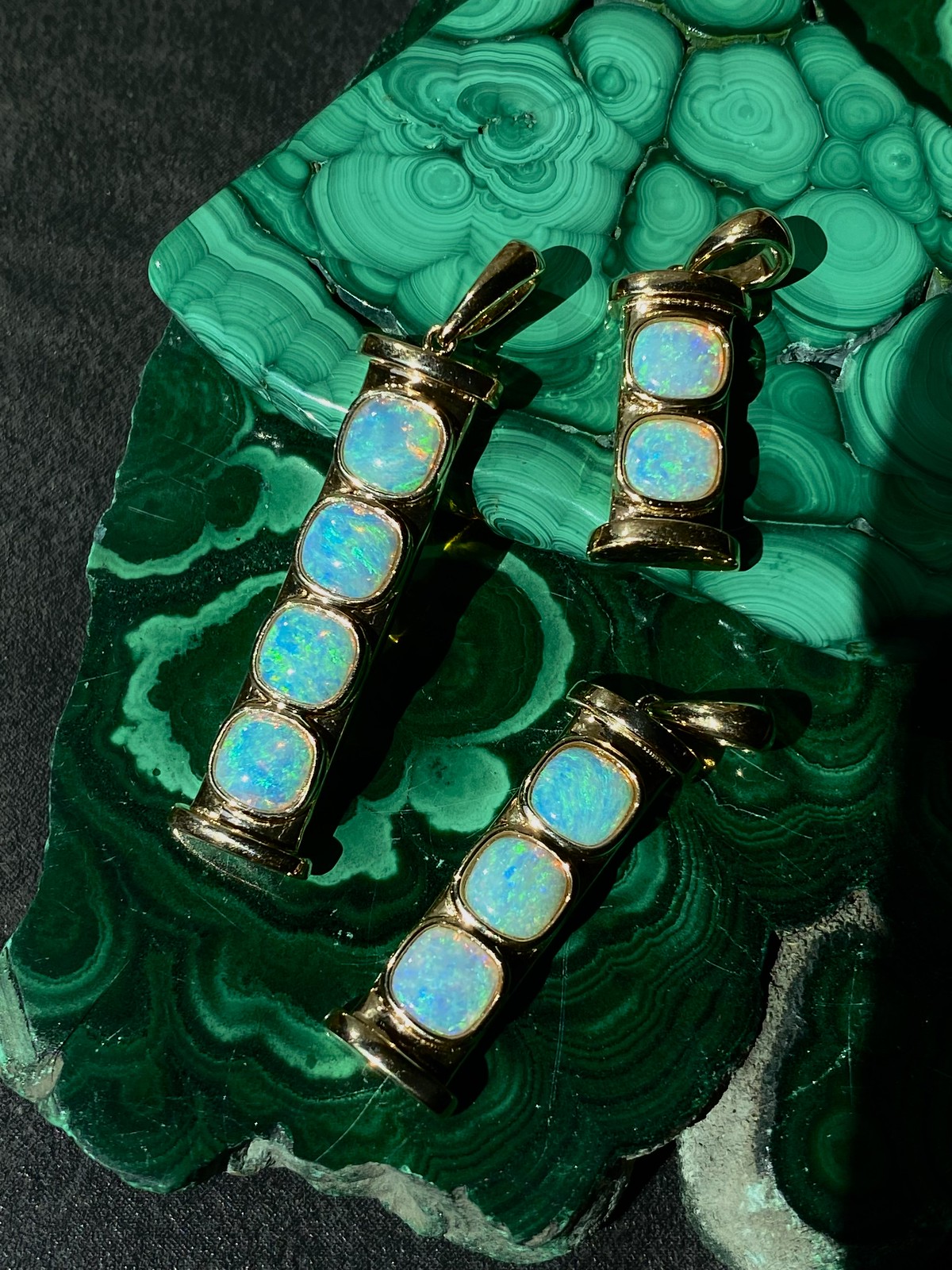 This very special linear pendant was inspired by a vintage piece that’s in my personal collection. If you know some motifs that I collect, you might recall that I love a long, vertical pendant. The idea behind these three pendants involves each opal being representative of a family member. That could mean you buy the two-stone one to represent your two children, or maybe your one child and significant other…or even your two pets. Whatever number of family members you want to be represented by the opals. I know so many amazing families that are greater than four members, so if you’re wanting one and don’t see your “number” shown here, we’d be happy to custom make one for you!

These will be released over on @shopGemGossip so be sure you’re following on Instagram and would love to know what you think of the pieces!

Mon May 23 , 2022
[ad_1] File under: Oddly satisfying! I have The Home Edit to thank for my recent project. As you may remember, we shared a kitchen tour a few weeks back but there were two pantries that were left out for one specific reason; because they are horribly, embarrassingly unorganized! I was […]