Every year, fashion aficionados around the world look forward to the beginning of May as it signals the approach of the annual Met Gala.​

Widely regarded as one of the most significant sartorial fixtures of the year, the Metropolitan Museum of Art’s fundraising event for its Costume Institute is an exclusive affair, attended by a carefully chosen selection of high-profile guests.

The date of the occasion is set in stone – always occurring on the first Monday in May in New York City.

However, while this year’s event was supposed to take place on Monday 4 May, in March it was announced it had been postponed indefinitely due to the coronavirus pandemic.

Despite the gala having been held since 1948, the tradition of it taking place on the first Monday of the fifth calendar month can only be traced back 14 years.

So why does the Met Gala always occur on the first Monday in May?

While the month of May has become synonymous with the Met Gala over the years, from 2001 until 2004 the event was held in late April.

Prior to that, it typically took place in late November or early December.

According to an article published in The New York Times in May 2000, the date of the annual event at the museum changed following the cancellation of an exhibit of the work of French fashion designer Coco Chanel.

“It was to be the highlight of the Costume Institute’s fall schedule, as well as the backdrop to its glittering annual gala,” the report stated.

The exhibition was cancelled following the death of the museum’s chief curator, Richard Martin, in November 1999, as it was allegedly “impossible” for the Costume Institute to have the retrospective ready in time for the scheduled date.

The article added that the winter exhibition at the Metropolitan Museum of Art was regarded as an “important cultural and social event in New York”, attended by many charitable donors.

Following the cancellation of the winter exhibition, the museum held an exhibition in honour of former US first lady Jacqueline Kennedy in 2001 from 1 May until 29 July.

That year, the museum’s Costume Institute Benefit Gala, also known as the “Party of the Year”, was held on 23 April.

Finally, in 2005, the Met Gala was held on the first Monday in May, with an exhibition paying tribute to French fashion house Chanel.

Since then, it has become customary for the star-studded bash to take place on the first Monday in May.

In 2016, a documentary about the Met Gala titled The First Monday in May was released.

The film followed the creation of the Metropolitan Museum of Art’s 2015 exhibition “China: Through the Looking Glass”, in addition to the gala, which was attended by the likes of Rihanna, Beyoncé and Lady Gaga.

For all the latest news on the Met Gala, click here.

Mon May 4 , 2020
If you’re expecting and already have a calendar full of wedding invites from now until September, shopping to fit a growing bump can be a challenge. But rather than staying confined to the maternity sections, try searching further afield: there are many non-maternity styles that will suit a formal dress […] 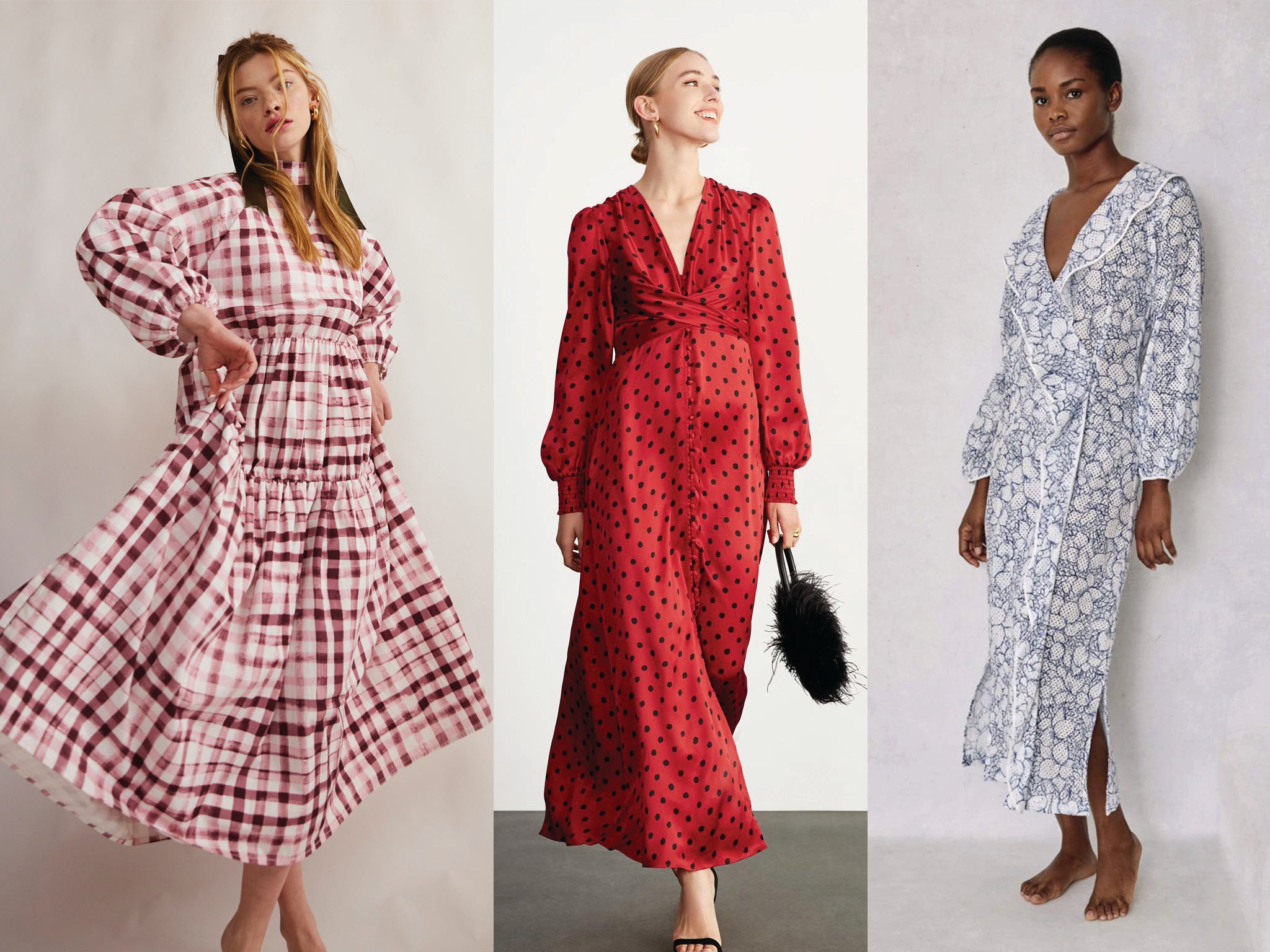