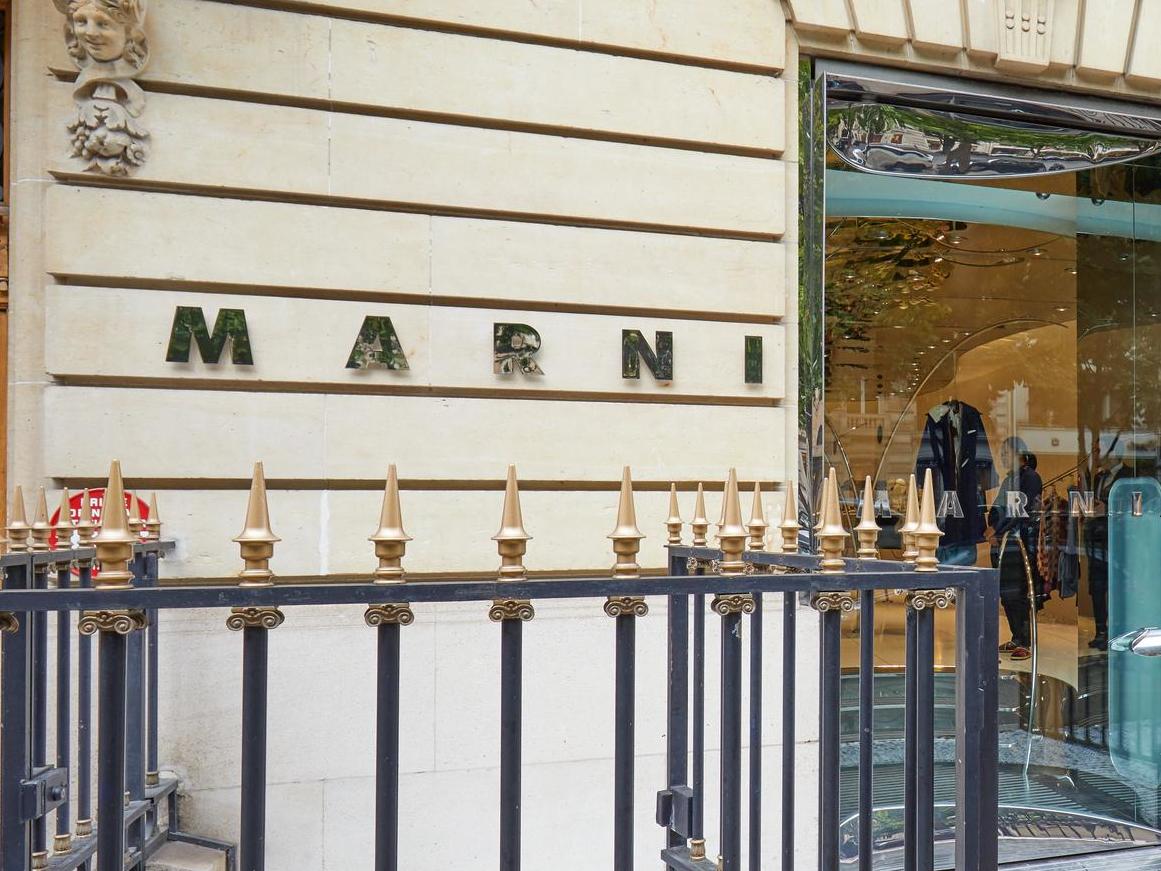 The images were juxtaposed with a series of slogans including “Jungle Mood,” “Tribal Amulet,” and “Barefoot in the Jungle”.

In the caption, Diet Prada stated that the images and words used in the campaign allude to “racist and colonial stereotypes”.

“With the models styled in a smorgasbord of ethnic accessories like Bayong wood necklaces from the Philippines, Caribbean woven grass hats, and other non-descript wooden jewelry (none of which are Marni), the images begin alluding to racist, colonial stereotypes of black people as primitive, uncivilised, and unmodern people,” Diet Prada said.

“One model is even painted in clay, evoking tribal bodypaint. In another image that’s since been deleted from the brand’s Instagram account, a link of chains near the model’s feet resulted in some terrible shackle-like optics.”

The watchdog went on to highlight that the photographer, Edgar Azevedo, is Afro-Brazilian, while Giovanni Bianco, the art director is Brazilian-Italian, and asked: “Was something lost in translation? More context provided by the brand to explain the vision and collaboration with the photographer could have helped in this situation, but needless to say, the damage was done when the marketing team decided on those words.”⠀⠀⠀⠀⠀⠀⠀⠀⠀

Diet Prada concluded the post by calling on the fashion industry to do more to “dismantle pervasive racism”, stating that such stereotypes are “just some of the ways the institution of white supremacy has oppressed, dehumanised, and deprived black people of their human rights”.

Following a wave of criticism from people in the comments, the brand deleted all posts promoting the campaign from its account and published a formal apology in their place.

“At Marni, we are deeply apologetic for the harm and offence that our latest campaign has caused. What was intended to be a campaign that celebrated the beauty of the Afro-Brazilian culture through the lens of Brazilian photographer Edgar Azevedo came to fruition having the opposite impact. Our oversights across the review process are unacceptable – and for that we are incredibly sorry,” the statement read.

“The team at Marni is passionately committed to championing equity and celebrating the beauty of diverse cultures throughout the world. As we endeavour to create a more equitable world, through fashion and shared humanity, we sincerely regret that our efforts caused further pain. We have removed these images and we are redoubling our efforts to ensure our processes are carried out with thoughtfulness and intentionality through a strong equity lens.”

It continued: “Our entire staff is committed to using this moment as an opportunity to leverage our platform to support and empower more voices and creators of color whose talent and insights are instrumental to creating a more inclusive and diverse fashion industry.”

Marni’s creative director, Francesco Risso, also took to Instagram to post an apology, saying the brand’s aim was to “capture the beauty of [Azevedo’s] community” but that it “failed to adequately do so in a matter that is thoughtful and respectful”.

The incident comes during a time when the conversation around racism has reached an all-time high following the murder of George Floyd, which initiated a wave of Black Lives Matter protests to take place around the world.

Marni is not the only fashion brand to have been accused of racism in recent years.

In 2018, Prada released an apologetic statement after being accused of using blackface imagery on products in an accessories collection.

At the time, lawyer Chinyere Ezie shared photos on social media of figurines in the window of a Prada shop in Soho, New York, that she said bore a resemblance to racist depictions of black people, with dark skin and large red lips.

In response to the criticism, Prada issued an apology, explaining that the products in question were to be removed from its fantasy “Pradamalia” collection.

“The Pradamalia are fantasy charms composed of elements of the Prada oeuvre. They are imaginary creatures not intended to have any reference to the real world and certainly not blackface.

“#Prada Group never had the intention of offending anyone and we abhor all forms of racism and racist imagery. In this interest we will withdraw the characters in question from display and circulation.”