Louis Vuitton has reopened several of its workshops to create masks and hospital gowns for healthcare workers.

Throughout the coronavirus pandemic, shortages of PPE (personal protective equipment) for healthcare workers has been a top concern across the globe.

Earlier this month, it was reported that some NHS staff were being forced to reuse and share masks when treating patients, while a top American official recently warned that hospitals in Washington are running “dangerously low” on PPE.

Several fashion companies have been stepping up to provide support during the health crisis, with designer Christian Siriano manufacturing masks for medical workers and luxury conglomerate LVMH repurposing its perfume factories to create hand sanitiser.

Louis Vuitton has now announced it is creating protective gear for workers on the frontline, calling upon hundreds of volunteers to make the equipment.

“In order to provide protective gear to healthcare workers, Louis Vuitton has repurposed several of the Maison’s ateliers across France to produce hundreds of thousands of non-surgical face masks,” the French fashion house wrote on Instagram.

“In partnership with the Mode Grande Ouest textile network, this initiative will donate the much-needed protective gear to frontline healthcare workers.”

Louis Vuitton thanked the “hundreds of artisans who have volunteered to create these masks”, in addition to expressing gratitude towards “everyone doing their part to fight this global pandemic”.

Michael Burke, chair and chief executive officer of Louis Vuitton, told WWD that the fashion label is planning on making more than 100,000 masks per week.

In a subsequent Instagram post, Louis Vuitton announced it was also manufacturing hospital gowns at its reopened French workshops.

The label stated that the medical gowns will be provided to frontline staff working within the Assistance Publique – Hôpitaux de Paris network.

“These gowns will be created by volunteers at the Maison’s headquarters for six Parisian hospitals in urgent need of protective gear,” the fashion house said.

“Thank you to everyone who is doing their part to fight this global pandemic.”

Mr Burke informed WWD that currently around 10 per cent of the Louis Vuitton workforce is back working during the pandemic.

Tue Apr 14 , 2020
Zoe Kravitz and Lenny Kravitz had a father-daughter moment while attending a runway show at Paris Fashion Week. On Tuesday, the pair made an appearance in the audience at the Yves Saint Laurent show, each wearing ensembles by the French luxury fashion house. The stars, who have both made names for […] 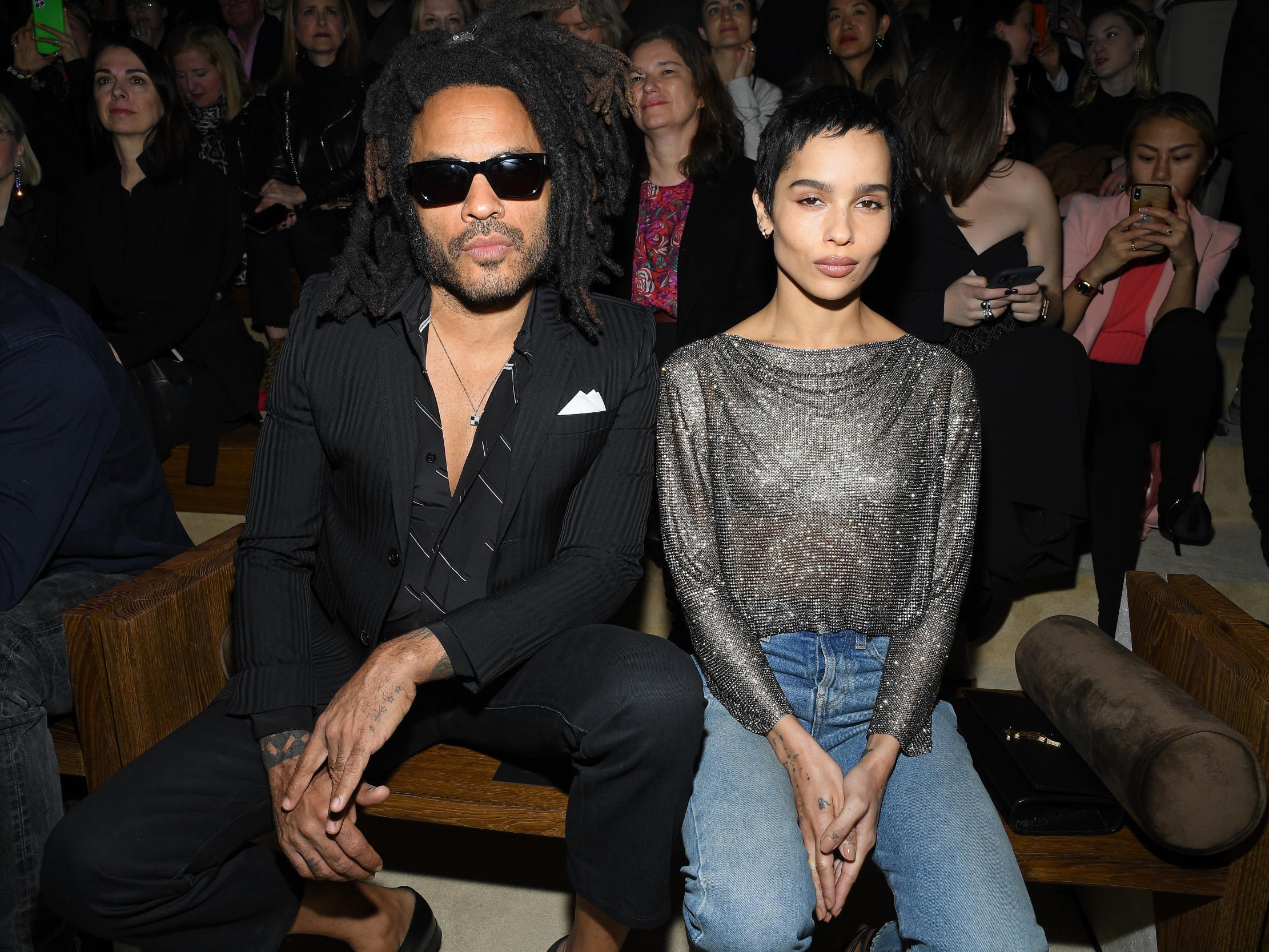