Over the course of London Fashion Week, fashion aficionados have watched in awe as designers including Richard Quinn and Molly Goddard have showcased other-worldly creations.

However, the catwalk isn’t the only place that has been drawing the eyes of those in attendance at the catwalk shows.

Throughout Fashion Month, celebrities clamour to be spotted on the “frow“ (front row) at fashion shows, donning their best glad rags so as to demonstrate their sartorial prowess.

On Sunday, several members of the Beckham family – including David and children Romeo, Cruz and Harper – sat on the front row alongside Vogue chief editors Edward Enninful and Anna Wintour as they watched Victoria Beckham unveil her Autumn/Winter 2020 collection.

17-year-old Romeo and 14-year-old Cruz both shared congratulatory messages for their mother on Instagram.

“So proud of u mum [sic],” Romeo wrote, while Cruz stated: “Congratulations mum I’m so proud of you, such an amazing show.”

Also in attendance at the Victoria Beckham show was writer and activist Sinéad Burke, who was later pictured at the Roksanda show alongside Vanessa Redgrave, Sheila Atim, Cate Blanchett, Joely Richardson, Zawe Ashton and Sandy Powell.

Following Beckham’s show, Burke posted a praiseworthy tribute to the designer on social media, writing: “I’ve been enamoured by the Spice Girls for longer than I can remember – I had a Spice World themed birthday party when it was first released. But, over the past few months, I’ve had the great privilege of spending time with Victoria, learning from and about her.”

For all the latest news on London Fashion Week, from the highlights to the controversies, click here.

Wed Mar 18 , 2020
Extinction Rebellion has made their opposition to London Fashion Week abundantly clear, staging a protest calling for the event to be cancelled. The environmental movement blocked roads outside a venue for the biannual fashion event on Saturday. Participants of the demonstration refused to let traffic pass by at a busy intersection […] 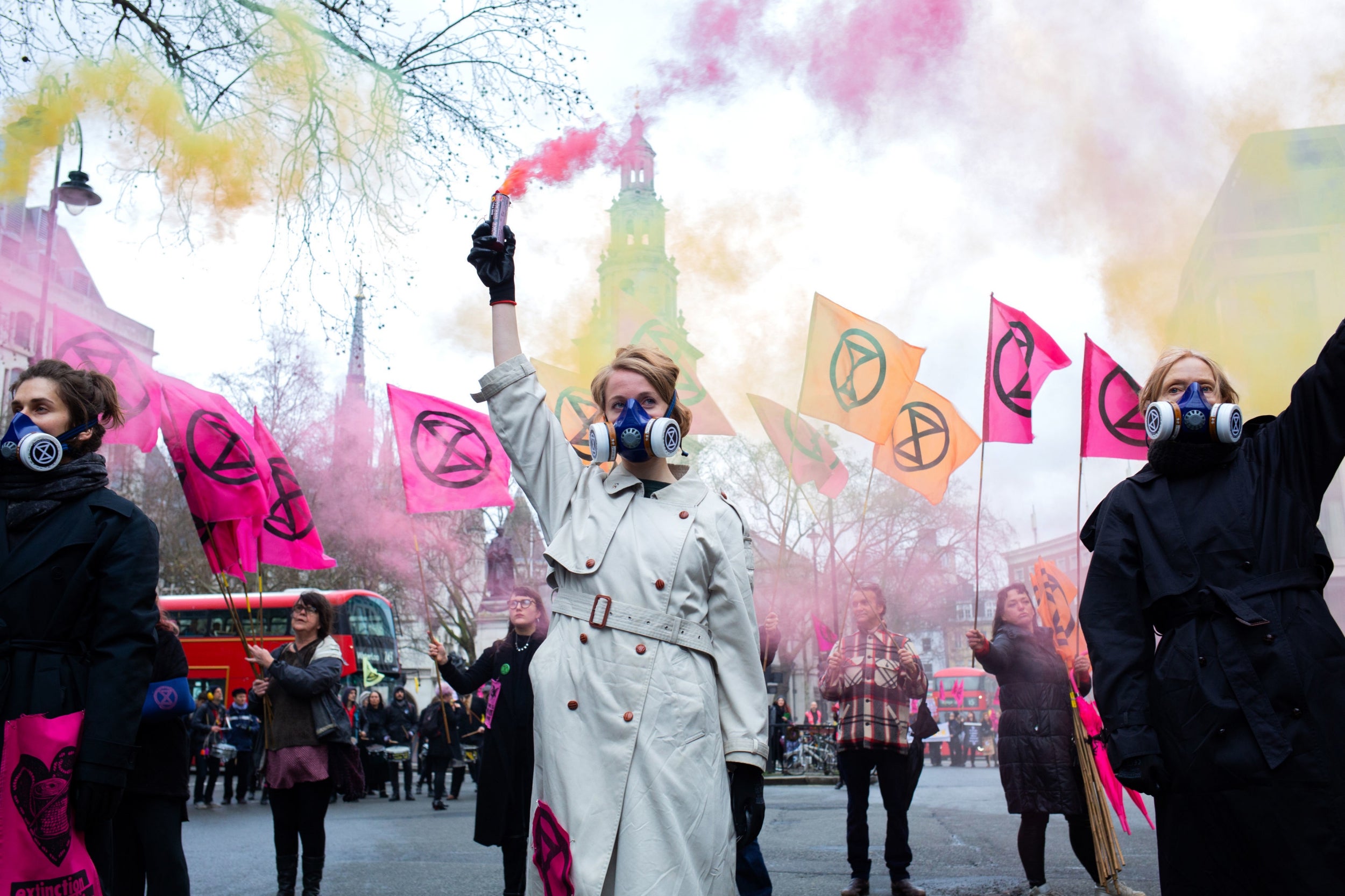