Lizzo made a literal statement when she arrived for her appearance on BBC Radio 1’s Live Lounge on Monday, wearing large sunglasses emblazoned with the words “That Bitch” in gold.

The slogan is in direct reference to the musician‘s hit song “Truth Hurts”, which was first released in 2017 before becoming a sleeper hit two years later.

In one of the opening lines of the song, Lizzo states: “I just took a DNA test, turns out I’m 100 per cent that bitch.”

The phrase has since become synonymous with the singer, appearing on items online including T-shirts, badges and keyrings.

In June 2019, it was reported that Lizzo had filed to trademark “100 per cent that bitch” so as to use it on official merchandise.

In February 2018, more than a year before she filed to trademark, the rapper was accused of plagiarism by songwriter Mina Lioness over her use of the line.

A year prior, Mina Lioness tweeted: “I did a DNA test and found out I’m 100 per cent that bitch.”

Following Mina Lioness’ claim that Lizzo stole the line for “Truth Hurts”, the Grammy Award-winning artist explained that the inspiration for the phrase came from a meme she had come across on the internet.

However, Lizzo stated that she hadn’t realised the meme drew from Mina Lioness’ original tweet.

In October 2019, Lizzo announced that Mina Lioness was to receive a songwriting credit on the track.

“As I’ve shared before, in 2017, while working on a demo, I saw a meme that resonated with me, a meme that made me feel like 100 per cent that bitch. I sang that line in the demo, and I later used the line in ‘Truth Hurts’,” she said on Instagram.

“I later learned that a tweet inspired the meme. The creator of the tweet is the person I am sharing my success with.”

Mina Lioness responded by tweeting: “I just took a DNA Test, turns out I’m a credited writer for the number one song on Billboard.”

In October 2019, it was reported that songwriter and producer Justin Raisen had also accused Lizzo of plagiarism over “Truth Hurts”, comparing it to another song called “Healthy” that he and others co-wrote with Lizzo in 2017.

During her appearance on BBC Radio 1’s Live Lounge with Clara Amfo, Lizzo performed her song “Good As Hell”, in addition to delivering a rendition of Harry Styles’ “Adore You”, complete with a flute instrumental.

In addition to her eye-catching sunglasses, the rapper wore a grey coat, a pair of PVC trousers, a cropped otop, gold necklaces and carried a gold Fendi handbag.

Thu Mar 19 , 2020
Asos has launched a trial of a new tool on its site that allows shoppers to see what their clothing selections would look like on different body types. The “See My Fit” feature is an augmented reality tool that has been created in collaboration with Israeli AR company Zeekit. It […] 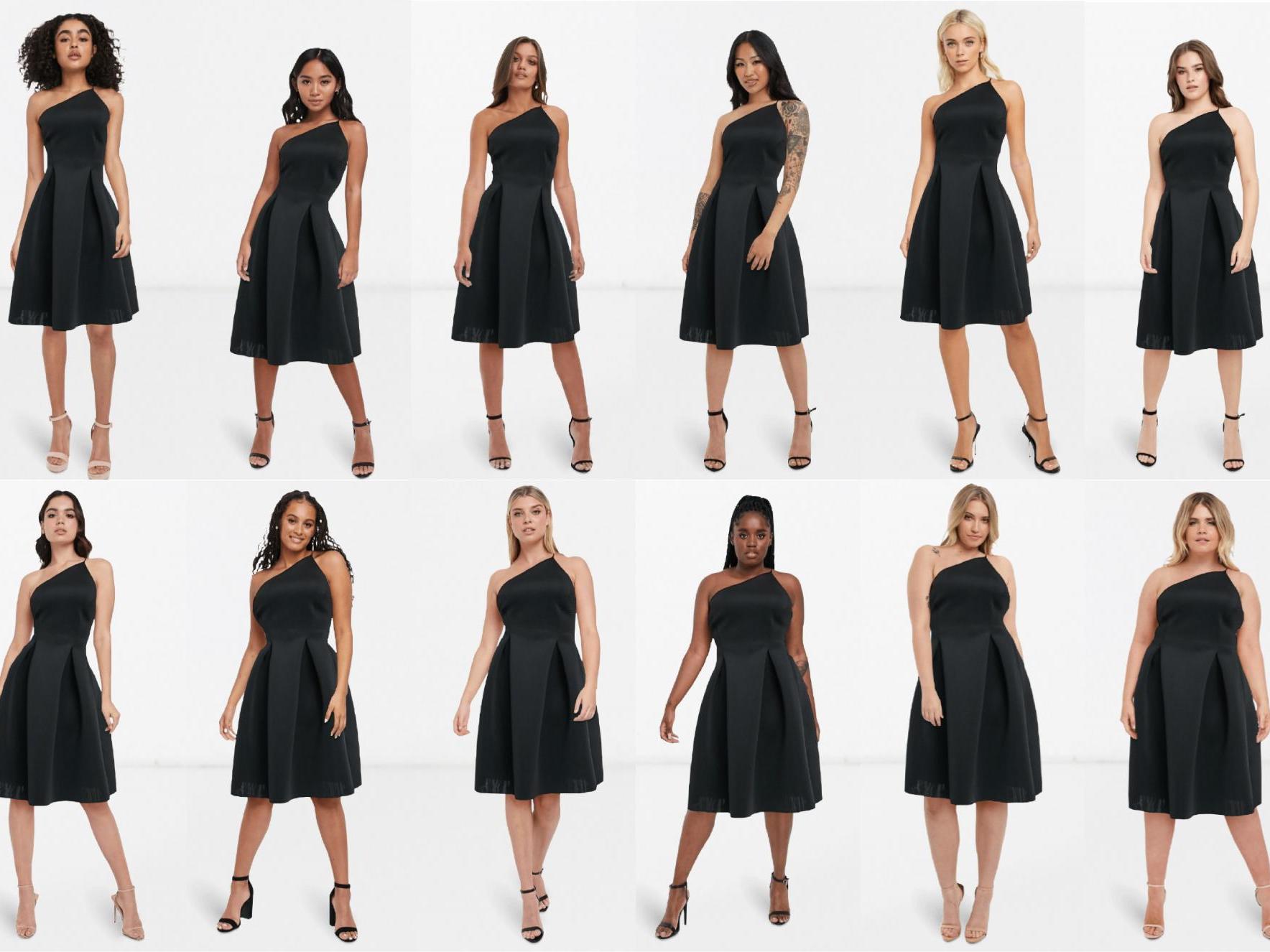