Lady Gaga has made her highly-anticipated return to the world of pop, dropping the first single from her upcoming album in the early hours of Friday morning.

The electronic disco track, “Stupid Love”, will form part of the musician’s sixth studio album  and is accompanied by a futuristic music video.

The title of Gaga’s new album is speculated to be Chromatica, as hinted by the “Stupid Love” video. The release date of the album has not yet been announced.

The short film opens with a title card telling the story of the Oscar winner attempting to forge peace between warring clans in a distant land.

“The world rots in conflict,” opens the video. “Many tribes battle for dominance” and “the kindness punks fight for Chromatica”.

Lady Gaga portrays a ‘Kindness Punk’ in the video, as she and her similarly-clad back-up dancers attempt to spread peace around the world, apparently through the art of disco-pop choreography.

In quintessential Gaga fashion, the video is replete with outlandish, eccentric costumes and the singer’s waist-length, poker-straight hair is dyed a Pepto Bismol shade of pink. The tribes, meanwhile, are clad in red, black, green, yellow and blue ensembles.

As expected from the woman who once appeared on the red carpet dressed as a beef steak, wore a total of four looks to last year’s Met Gala and once clambered out of a giant egg at the Grammys, the fashion in the video is as idiosyncratic and fabulous as Gaga herself.

Behold all the fashion looks from “Stupid Love”.

Gaga’s second look – and our personal favourite – is a full metallic outfit consisting of bra, basque and pants worn with a matching bolero with with extreme pointed shoulder pads and calf-length boots. Here the singer’s hair is pulled back into a high pony and she wears a blue visor over the lower part of her face, revealing a circular bindi with heart detailing, symbolising her commitment to love.

Gaga’s third look in the video is a Power Ranger-esque intergalactic dream. A satin pink corseted Wiederhoeft bodice is worn underneath a studded black leather Dust and Beau gilet, Harajuku-style ribboned tights and gloves and baby pink walking boots. The look is topped off with an Alien-style fascinator.

This outfit is unquestionably the most understated worn by Gaga in the music video, which – considering its striking colour palette – is saying something. The ensemble features an amalgamation of pink shades, from the singer’s mismatched fishnet gloves to her one-shoulder magenta bikini top, cut-out bikini bottoms and neon boots. As the founder of make-up brand Haus Laboratories, Gaga’s look would not be complete without a splash of hot pink lipstick and metallic embellishments on her face.

In addition to wearing outfits made up primarily of one colour, each tribe depicted in the “Stupid Love” video exhibits unique sartorial features. The green clan, for example, have clearly been styled in a manner intended to mimic nature, wearing ferns, leaves and moss to complement their dark green and blue garments.

The group dressed in blue draw on the denim-on-denim trend made famous by Justin Timberlake and Britney Spears at the 2001 American Music Awards, clad in a mixture of ripped jeans, frayed gilets and high-waisted shorts and their hair dyed bright shades of blue. The tribe’s style could be seen as taking inspiration from the sea, in contrast to the foliage-focused green clan.

The red tribe put on a powerful display in the music video with their sweeping garments, which may have taken inspiration from the Japanese Kimono. The group’s outfits are the most simple and refined of the tribes, consisting solely of scarlet robes, black gloves, black leggings and boots.

The black tribe is the most punk-rock of the lot, a fact made even more apparent when dancing alongside the baby pink-clad Lady Gaga. Their ensembles feature a multitude of clashing elements, including intimidating masks, holey tights, leather bodysuits and combat boots.​

Watch the music video for Lady Gaga’s “Stupid Love” above.

Tue Apr 21 , 2020
A black, off-the-shoulder, pleated dress is “selling fast” on Asos following the “sexist” criticism a Labour MP faced for her choice of clothing. On Tuesday, politician Tracy Brabin received several insulting remarks on social media after she spoke in the House of Commons wearing a black dress that exposed her right shoulder. […] 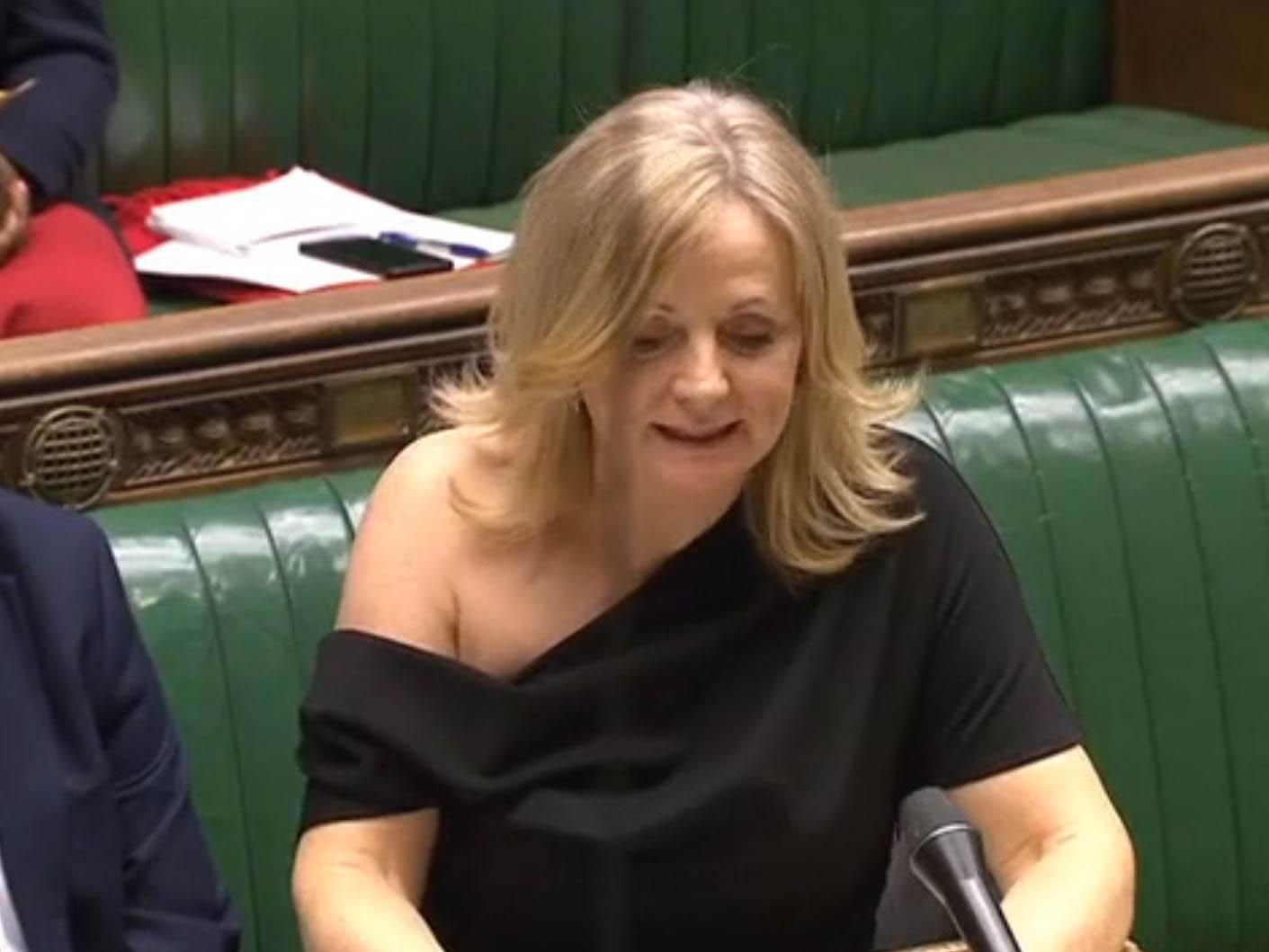