Kylie Jenner has opened up about the meaning of her Met Gala outfit, and how it paid tribute to the late fashion designer Virgil Abloh, who passed away last November.

On Monday evening, the 24-year-old reality star arrived on the red carpet at the Metropolitan Museum of Art in a wedding dress designed by Off-White, a luxury fashion label founded by Abloh. Jenner’s white gown featured ruffles on the bottom and a sheer fitted corset top, as she completed her look with a white cap and veil. She wore a gold necklace that said “OFF” and long, gold earrings.

The Kylie Cosmetics founder discussed the significance of her look in a recent Instagram post, where she shared photos of herself getting ready for the the gala.

In the caption, Jenner acknowledged how she and Abloh were set to attend the Met Gala together in 2020, but it was cancelled due to the pandemic. So, at this year’s event, she said that she wore her gown to “honour” Abloh, who she described as a “talented, beautiful friend”.

“Virgil and I were supposed to go to the Met together before it got postponed in 2020,” she wrote. “To celebrate V tonight and his incredible legacy truly means the world to me. I’m humbled to wear this dress and honour my talented beautiful friend.”

“We felt you tonight Virgil and love you forever,” she continued. “Thank u to the entire @off____white team !!”

Jenner shared more behind-the-scenes photos from the event, one of which included a bouquet of flowers and note that appeared to have been sent to Jenner from Abloh’s widow, Shannon Abloh.

“Kylie, you are going to be amazingly perfect tonight,” the note reads. “He will be with you guiding you up the stairs. We all know he never missed a party. Xoxo Shannon.”

The model also noted on Instagram that she wore an outfit by Off-White to the Met Gala after party. Her look consisted of a silver satin gown with a corset top, as she wore a white, sheer, off-the-shoulder top underneath.

Abloh died in November 2021, after a two- year battle with cardiac angiosarcoma, an aggressive form of cancer. According to a post shared to his Instagram at the time, he was diagnosed in 2019 but opted to endure his battle privately. He founded Off-White in 2012 and was known for his work as the artistic director of Louis Vuitton’s menswear, a job he took on at the start of 2018.

Jenner last attended the Met Gala in 2019, where she wore a lilac see-through gown with purple feather on the bottom and a feathered shawl by Donatella Versace. Her older sister, Kendall Jenner, posed alongside her in an orange gown with feathers on it.

This year’s event, which took place on 2 May, was in honour of the Costume Institute’s newest exhibit, “In America: An Anthology of Fashion,” that celebrated 18th century fashion. It was also a part two of last year’s gala, “In America: A Lexicon of Fashion,” which Jenner did not attend.

Spring Forward in Style With These Fashion-Forward Finds From UsNow

Fri May 13 , 2022
Disclosure: UsNow is a sister company of a360 Media, LLC — the publisher of Us Weekly. Spring may just be our favorite time of year for fashion. We can finally break out the sundresses and sandals! It’s warm enough for swimsuits but not too hot for long sleeves. Easy-breezy! When […] 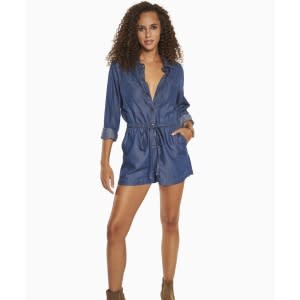