Madonna’s career as an internationally renowned superstar has spanned the best part of four decades, cementing her status as one of history’s most celebrated artists.

While her musical talents have been critically acclaimed the world over, the singer has also had a significant influence on global fashion trends ever since she first took her place in the spotlight on the world stage.

When one thinks of Madonna’s most iconic looks, perhaps they picture the wedding dress that she wore for her performance of ‘Like a Virgin’ at the 1984 MTV Awards, the cone bra that she donned during her Blonde Ambition Tour in Japan in 1990 or her multiple tributes to Marilyn Monroe.

However, Madonna has done far more in the world of fashion than simply stir conversation due to her choice of apparel or spark a few fashion fads here and there.

The way in which the singer used her style to represent her identity was a fresh concept when she first came onto the music scene.

This became even more apparent following Madonna’s first major film role in the 1985 Desperately Seeking Susan, which saw people all around the world attempt to replicate her leather jacket, large hair bow, abundance of jewellery and loose-fitting trousers.

Madonna’s former publicist Liz Rosenberg has previously spoken about her first meeting with the young star, where she oozed confidence while wearing a signature “black outfit with a hundred rubber bracelets on each wrist.”

It’s evident that the singer had a clear understanding both of who she was and who she wanted to become from the very beginning of her career.

“I think Madonna was one of the very first brands in her own right,” celebrity fashion stylist Alex Longmore tells The Independent. “She had her own identity and she stuck to it.

“She has always represented rebellion, reinvention and change. She has been on the cutting edge of style, continually evolving and telling a story with her outfit choices and expressing herself with fashion since the 1980s.”

The coalescence between Madonna’s fashion choices and her identity set her apart from the crowd and inspired her fans to explore their own evolving identities in the process.

The effect that she’s had over the years, and will undoubtedly continue to have in the future, can aptly be described as a “phenomenon”, as stated by academic Douglas Kellner in his book Media Culture: Cultural Studies, Identity and Politics between the Modern and the Post-Modern.

“Madonna’s constant change of image and identity promoted experimentation and the creation of one’s own fashion and style,” he wrote.

“Her sometimes dramatic shifts in image and style suggested that identity was a construct, that it was something that one produced, and that it could be modified at will.

“The way that Madonna deployed fashion in the construction of her identity made it clear that one’s appearance and image helps to produce what one is, or at least how one is perceived to be.”

It’s not just Madonna’s bold sense of style that impacted fashion trends, but also her tendency to transform her look over time.

The singer has gone from spearheading the punk pop look of the 1980s to bringing old-school Hollywood glamour to the 1991 Oscars, going for a more casual look for her rendition of ‘American Pie’ and showing off her regality in haute couture designs for her record-breaking Super Bowl half-time show six years ago.

She’s made her fans feel as though they have more freedom to test out different versions of themselves, just like their idol.

Christine Quinn: This is how much the Selling Sunset star’s black wedding dresses cost

Mon Aug 17 , 2020
Christine Quinn pulled out all the stops for her wedding to Christian Richard on the third season of Selling Sunset, the hit Netflix reality show that follows the work and lives of high-end real estate agents at a firm in Los Angeles. The wedding, which was teased in previews before […] 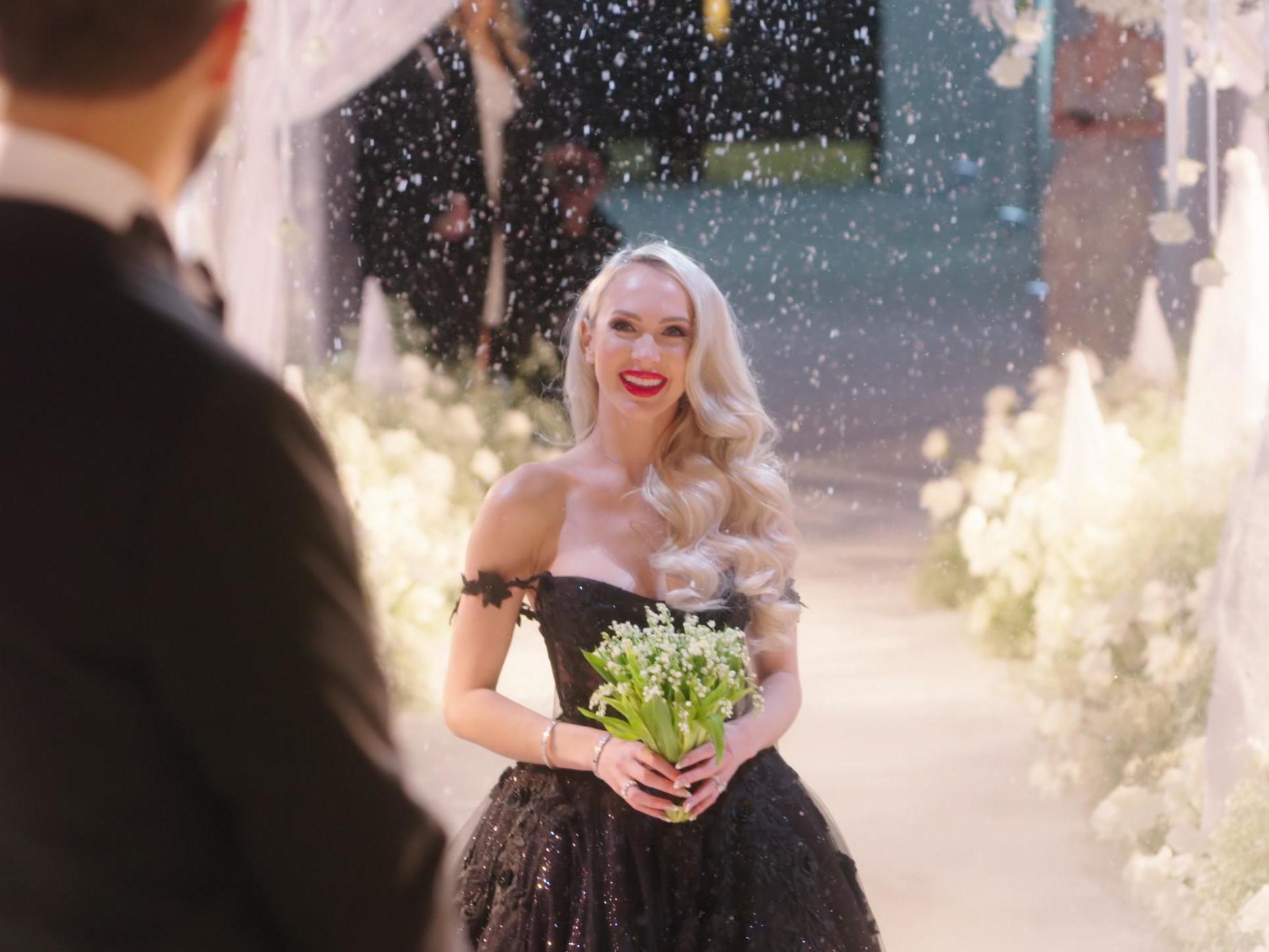