When Crocs were unveiled to the unsuspecting footwear world in 2002, the response was an astounding “nope”. The unsightly rubber hooves quickly became a symbol of medical professionals in need of wipe-clean shoes and the distinctly unfashionable.

Some 15 years later, Spanish fashion house Balenciaga partnered with the makers of the rubber pariah to produce an even more monstrous creation: platformed, bejewelled versions. The fashion world – adorers of the outrageous and controversial – lapped them up and the £600 shoes sold out before they even hit shop floors.

The fashion industry has long convinced us to wear the previously unthinkable, so strong is the magnetic pull of our desire to fit in. Beyond the unsightly, our sartorial back catalogue ranges from the impractical to the downright uncomfortable.

So how difficult can it possibly be to persuade the British public to embrace a small, inoffensive piece of cloth across their nose and mouth to protect themselves and others against a global pandemic? Quite difficult, it seems. YouGov data from June revealed that only 21 per cent of Britons were wearing masks when out in public, compared with 79 per cent in France, 86 per cent in Spain and 85 per cent in Italy.

Four months into the UK’s abysmal attempts to curb the spread of coronavirus, we’ve shut down almost every business nationwide, separated loved ones, seen all office workers decamp to their kitchen tables and plummeted to a mental health nadir, yet the simple act of wearing a face covering has still not become commonplace.

Entering a supermarket for the first time in three months this weekend, I was struck to be one of a small handful of people wearing a face covering, despite the government first advising they be worn in May. The staff, meanwhile, were all wearing surgical-style masks. How could we, in good conscience, see the people we not long ago hailed as frontline key workers doing what they had been asked to do and still not have the courtesy to do the same ourselves?

Face masks alone aren’t how we end the pandemic, we know this. Evidence of the degree of their efficacy is woolly at best and concerns that wearers might be lax with social distancing are not unfounded, but what is now widely accepted is that they do play a role in reducing transmission.

Boris Johnson has finally conceded and announced that the wearing of face coverings will be mandatory in all shops across England as of 25 July with the non-compliant facing fines of up to £100. Britain lags behind 120 countries in making such a law.

Yes, face masks are uncomfortable, they’re awkward to communicate in and for people who wear glasses. Comfort and convenience have become the cornerstones of modern life. But we mustn’t underestimate that just as with coronavirus, there is no herd immunity to trends. Our dress is influenced by the fashion industry to such a degree that we are hardly aware it is happening. The iconic Devil Wears Prada scene in which nuclear Miranda Priestly succinctly describes the process of trickle-down trends via the shade of cerulean blue nails this.

Just four months ago, people who wore face masks in the UK were considered paranoid and were xenophobically dismissed as “foreign”. Before Covid-19 coughed its way across our green and pleasant lands, we didn’t bother to understand that actually, in many Asian countries, wearing a face mask is a symbol not of paranoia but of compassionate civic duty to protect others.

In April, New York Times journalist Vanessa Friedman considered whether it would be morally reprehensible for the fashion world to spark a trend off the back of a deadly pandemic. She wrote of how blue surgical masks were “democratising forces, rendering all wearers equal under isolation, signifying our communal experience and our collective fear”. Conversely, if masks were to enter the clutches of late capitalism, the fashion editor warned that they would become “a sign of aspiration, achievement – and inequality.”

But democracy and exclusivity have always been at loggerheads in the fashion world.

Designer Florence Bridge, who has been selling face masks from deadstock fabric for a few months, explained to Drapers, “A lot of customers told me they felt like a bank robber wearing some other face coverings. Which is a particular issue for those with kids. If masks can look nicer, then it will encourage more people to wear them […]I’ve had feedback from shoppers saying they are actually excited to wear their masks.”

Black psychiatrist Gabriel Felix wrote of his reticence to wear a face mask in public for fear of racist repercussions. “With the emergence of Covid-19, I’ve spent time weighing the pros and cons of wearing a face mask on evening walks […] I often opted not to wear one so I wouldn’t be perceived as appearing ‘suspicious’.”

That wearing a face mask is perceived of more of a threat to some people’s safety than a lung-attacking deadly virus is a damning indictment of the government’s failure to normalise them.

Fashion – and specifically sportswear – brands are ideally placed to bring masks into the realm of social acceptability. Adidas’ version might have a logo on the side – therefore signalling the start of the conspicuous consumption Friedman warned against – but they are also made from form fitting stretchy elastane and recycled polyester to ensure a tight fit and they’re washable at the necessary virus-killing 60 degrees.

Nancy Pelosi has coordinated her face masks with her suits, celebrities have repurposed bandanas as face coverings, so what is the rest of the fashion world waiting for? While the government injects cash into the hospitality industry encouraging us to “Eat out to help out”, is a targeted approach to face masks really off the cards?

This week, government adviser Professor Robert West suggested the Queen and David Attenborough be encouraged to pose in masks to help normalise them. “I’m surprised how little has been made of these role models,” he said. So am I.

Is it icky to adopt the symbol of suffering as another means of personal embellishment? Perhaps. But things have changed immeasurably since the start of the pandemic and one thing is for sure: it is now vital to do so. If making masks that people actually want to wear is one route to widespread uptake, then what, exactly, are we waiting for?

Wed Jul 15 , 2020
Ah, the trusty men’s summer shirt. Although loud and proud in design, they usually reside in a special place at the back of the wardrobe for months, before being dusted off, like a vintage wine, and resurrected for the holiday season. Every summer, on beaches the world over, from Cornwall […] 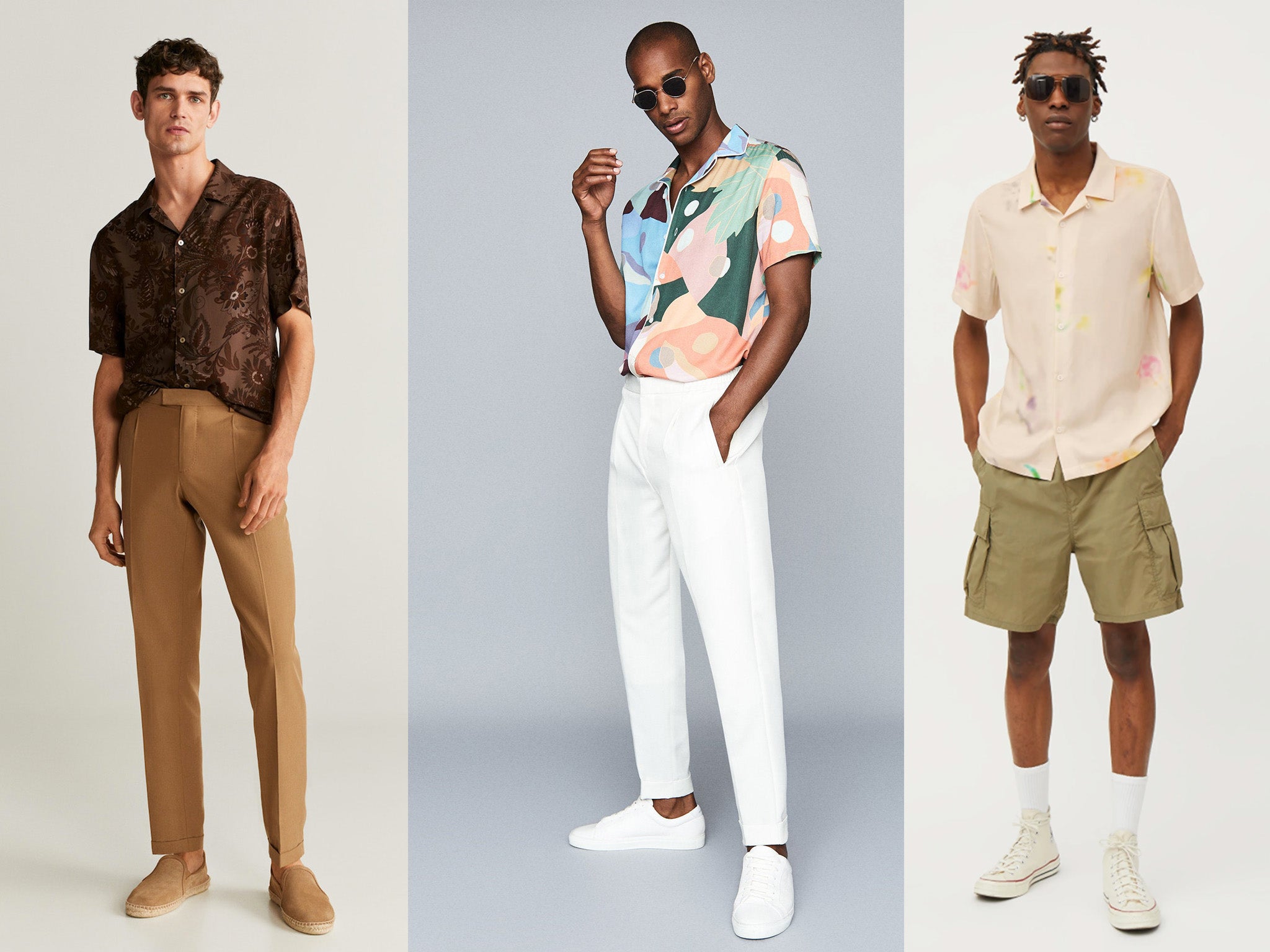