H&M has announced plans to close 170 of its stores across Europe as a result of declining sales amid the coronavirus crisis.

The company said that the closures, which are likely to see hundreds of job losses, come after sales dropped by a quarter in June due to the impact of the pandemic and lockdowns in key regions.

However, H&M has not confirmed how many of these closures could affect its 300 UK stores.

Weekday, Monki, COS and other brands within the Swedish fashion group are also expected to be affected by the plans but it has not yet announced which locations will close.

H&M said in its second quarter report to investors that it increased its previous closure plans by around 40 stores after feeling the impact of the virus across Europe. The group added that it also intends to open 130 new stores elsewhere during the current year.

At the end of June, H&M said that 350 of its stores, representing seven per cent of all sites, were still closed as a result of the pandemic.

Helena Helmersson, chief executive officer of the group, said: “I am full of admiration for our employees’ commitment, drive and perseverance during this very challenging time.

“As we have reopened our stores, sales have begun to recover at a faster rate than expected.

“To meet the rapid changes in customer behaviour caused by Covid-19 we are accelerating our digital development, optimising the store portfolio and further integrating the channels.

“With our ambitious sustainability work we want to continue to lead fashion retail towards a more sustainable future.”

The fashion company is just the latest in a long line of businesses that are implementing store closures during the Covid-19 pandemic.

While many have managed to stay afloat by using government support, several businesses have been forced to call in administrators, including Debenhams, Cath Kidston, Victoria’s Secret and Zara.

In June, Inditex, the owner of Zara, announced it would be closing between 1,000 and 1,200 retail stores across the globe, outlining a plan to “reinforce all of its brands’ e-commerce capabilities”.

Tue Jul 7 , 2020
Fashion and homeware retailer Shein has apologised for selling Islamic prayer mats labelled as “fringe trim” or “tassel trim” Greek carpets on its website. The mats, which retailed for £14, included pictures of the Kabaa; the black building at the centre of Mecca, considered the most sacred place for Muslims […] 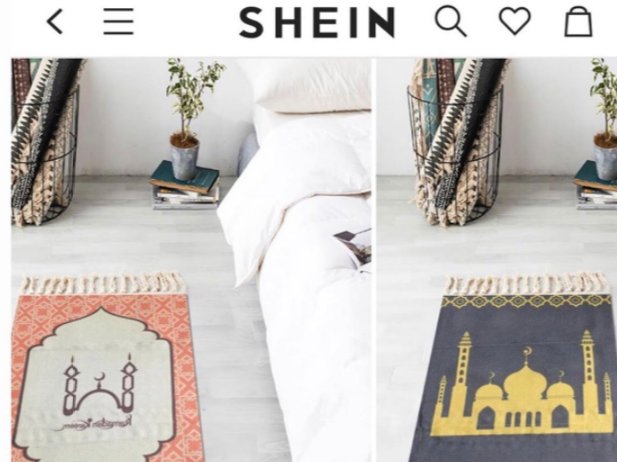