Renee Zellweger appeared to pay tribute to Judy Garland with her choice of gown at the 2020 Golden Globes.

During Sunday evening’s proceedings, Zellweger won the award for Best Actress in a Drama Motion Picture for her portrayal of Judy Garland in the highly-acclaimed biographical film Judy.

While the actor paid homage to Garland in her acceptance speech, praising her for her “legacy” and “humanity”, she also appeared to honour the late Hollywood star on the red carpet.

The dress drew parallels with the blue Jean Louis gown worn by Garland in the 1954 film A Star Is Born, for which she also won a Golden Globe.

Garland’s costume in the film featured a few differences to Zellweger’s, most notably a ballroom skirt.

The Hollywood starlet also completed her look with elbow-length gloves and an elegant shawl.

During last year’s Golden Globes, viewers were taken aback by the similarities between Garland’s A Star Is Born dress and the gown worn by Lady Gaga for the awards ceremony.

Gaga was nominated for Best Actress in a Drama Motion Picture for her performance in the 2019 adaptation of A Star Is Born, 65 years on from Garland’s version of the story.

The singer’s periwinkle ensemble was designed Valentino Haute Couture, with her hair dyed to match.

While speaking with ET on the red carpet, Gaga revealed the resemblance between their looks hadn’t been intentional.

“We didn’t say that. No, but it looks an awful lot like that, doesn’t it?” she said.

“She looks beautiful. This is Valentino Couture custom creation for me. That’s special, except I’m missing the gloves. Thank you for showing me that. It made my night.”

To take a look at all the best-dressed stars on the red carpet at the 2020 Golden Globes, click through the gallery above.

Golden Globes 2020: How to watch the red carpet live in the UK

Wed Mar 18 , 2020
The Golden Globes is one of the highlights of awards season, bringing together Hollywood’s elite for a night of laughter, glamour and celebration. Prior to the awards ceremony, which is held at The Beverly Hilton in Los Angeles, California, the stars in attendance make their first appearance of the night […] 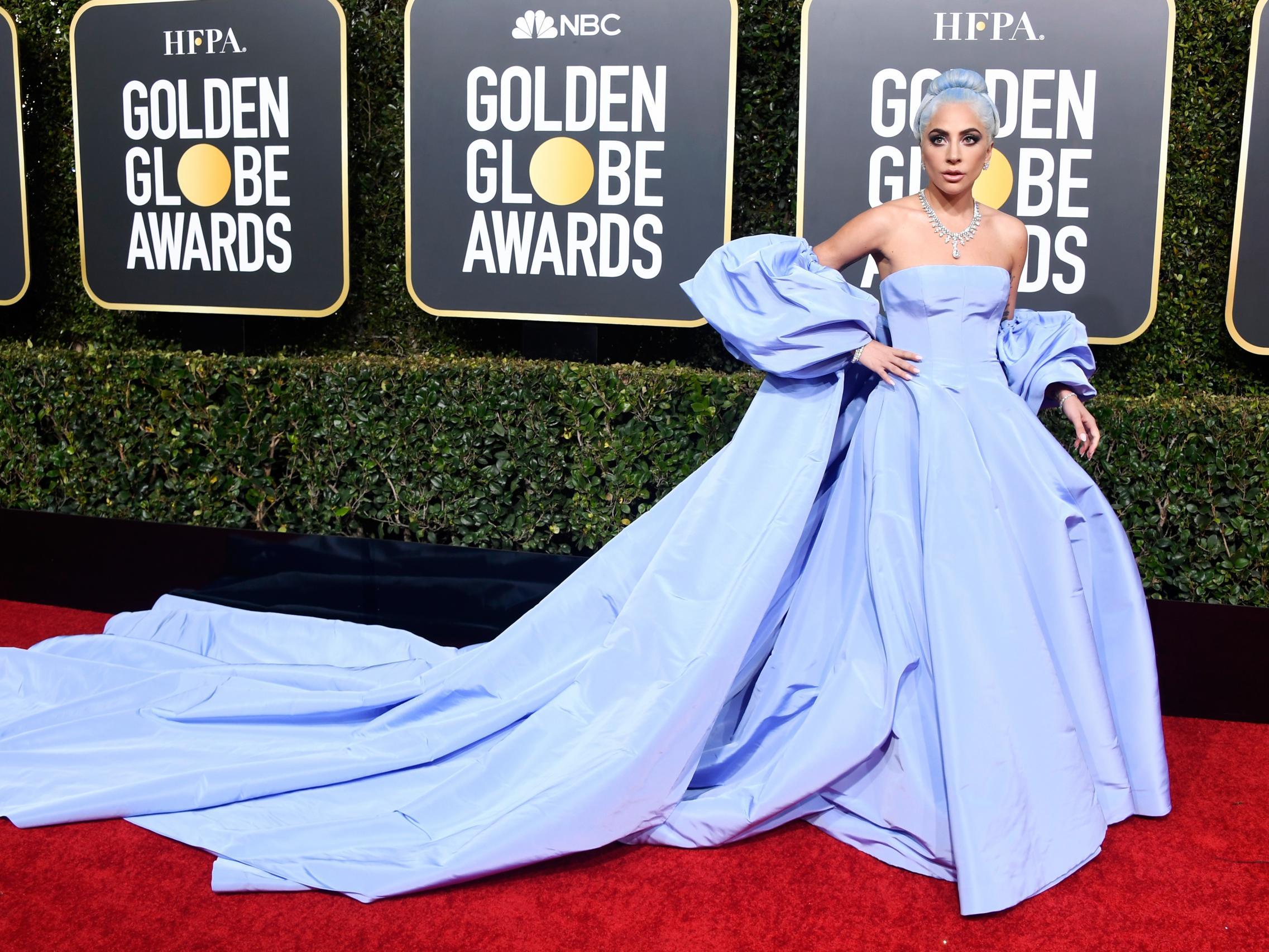