Giorgio Armani has announced he plans on presenting fashion shows in Milan this coming September.

As the fashion calendar currently stands, it is uncertain whether all fashion shows scheduled to be taking place this year will be able go ahead amid the coronavirus pandemic.

It was recently revealed that Milan Fashion Week will be held online this July, allowing designers to showcase their work across virtual platforms, with the same measure being taken for London Fashion Week in June.

As for Fashion Month in September 2020, it has not yet been declared whether catwalks will be converted to a digital format.

Looking forward to Autumn, Armani has said that his luxury fashion house will be putting on shows for its men’s and women’s collections in Milan this September, according to WWD.

However, the “format is still being defined”, meaning that the shows may end up being put on virtually.

Furthermore, the 85-year-old fashion designer has said that his Armani Privé show, which was due to be shown at Couture Fashion Week in Paris in July, has been postponed to January 2021.

The show will also not be held in the French capital, but will instead be displayed at the company’s headquarters in Via Borgonuovo at Palazzo Orsini.

Armani said the Armani Privé collection will be “seasonless”, containing pieces designed for both summer and winter.

Last month, French fashion house Saint Laurent announced it would not be taking part in any fashion fixtures for the remainder of the year, most notably missing out on Paris Fashion Week.

In a statement, the luxury label stated: “Conscious of the current circumstances and its waves of radical change, Saint Laurent has decided to take control of its pace and reshape its schedule.

“Now more than ever, the brand will lead its own rhythm, legitimating the value of time and connecting with people globally by getting closer to them in their own space and lives.”

Saint Laurent stated that “with this strategy firmly in place”, the company “will not present its collections in any of the pre-set schedules of 2020”.

The Lindbergh Lens: How one photographer altered the landscape of fashion photography

Sat May 9 , 2020
It was on a Malibu beach in 1988 that Peter Lindbergh shot the White Shirts series, images now known the world over. Simple yet seminal, the photographs introduced us to Linda Evangelista, Christy Turlington, Rachel Williams, Karen Alexander, Tatjana Patitz, and Estelle Lefebure. This marked the beginning of an era […] 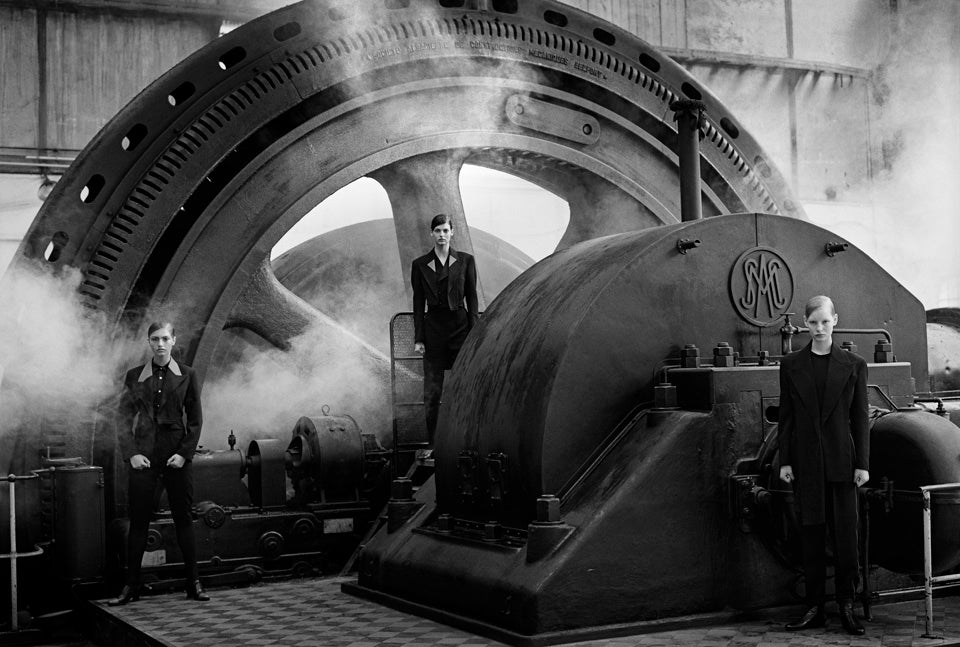