Every year, Fashion Revolution Week takes place in an effort to raise awareness of certain issues connected to the fashion industry, including impact on the environment and treatment of workers in retailers’ supply chains.

The event commemorates the Rana Plaza factory collapse in 2013, which killed 1,134 people in Dhaka District, Bangladesh.

Here is everything you need to know about Fashion Revolution Week:

The eight-storey garment factory collapsed after the upper four floors were built without permission, becoming the deadliest garment-factory disaster to ever occur.

In addition to those killed, 2,515 people were injured.

The first Fashion Revolution Day took place exactly a year on from the factory collapse.

Fashion Revolution Week was established two years later, with events taking place across the world to encourage conversations about how the fashion industry can improve in several areas.

“We campaign for a clean, safe, fair, transparent and accountable fashion industry. We do this through research, education, collaboration, mobilisation and advocacy,” Fashion Revolution states on its website.

“With systemic and structural change, the fashion industry can lift millions of people out of poverty and provide them with decent and dignified livelihoods. It can conserve and restore our living planet. It can bring people together and be a great source of joy, creativity and expression for individuals and communities.”

According to charity The Waste and Resources Action Programme, approximately £140m worth of clothing goes into landfill each year.

In May 2019, a report published by academics at the Sheffield Political Economy Research Institute at the University of Sheffield concluded that several global fashion brands are failing to fulfil promises to provide workers with living wages.

When is it taking place?

Fashion Revolution Day, coincides with the collapse of the Rana Plaza factory, which occurred on 24 April 2013.

How is it being observed?

One of the ways in which Fashion Revolution Week is being observed is by the circulation of the hashtag “#whomademyclothes”.

The hashtag has been used by the organisation for several years as a way of holding retail companies accountable with regards to who manufactures the garments they are selling and how those workers are treated.

On the Fashion Revolution website, it offers visitors to press a button which says: “Use your voice on Twitter.”

A tweet then appears with several blank spaces for your specific details, which reads: “I’m name and I want to thank the people who made my clothes. Hi @brand, #whomademyclothes? Signed, email, country.”

After filling out the blank spaces, you then have the option to publish the tweet.

Fashion Revolution has also composed an email that you can send to brands questioning them on the treatment of workers in their supply chains.

During Fashion Revolution Week, the organisation behind the event will publish its annual Fashion Transparency Index, which “reviews and ranks 250 of the world’s biggest fashion brands and retailers according to how much they disclose about their social and environmental policies, practices, impacts and supply chain”.

Sun Apr 19 , 2020
Staff at a charity shop have shared their astonishment after receiving 400 bags of donations from one person, with contents estimated to be worth “tens of thousands”. The British Heart Foundation in Largs, North Ayrshire in Scotland, recently received the immense donation, which consists of designer clothes and accessories. The items […] 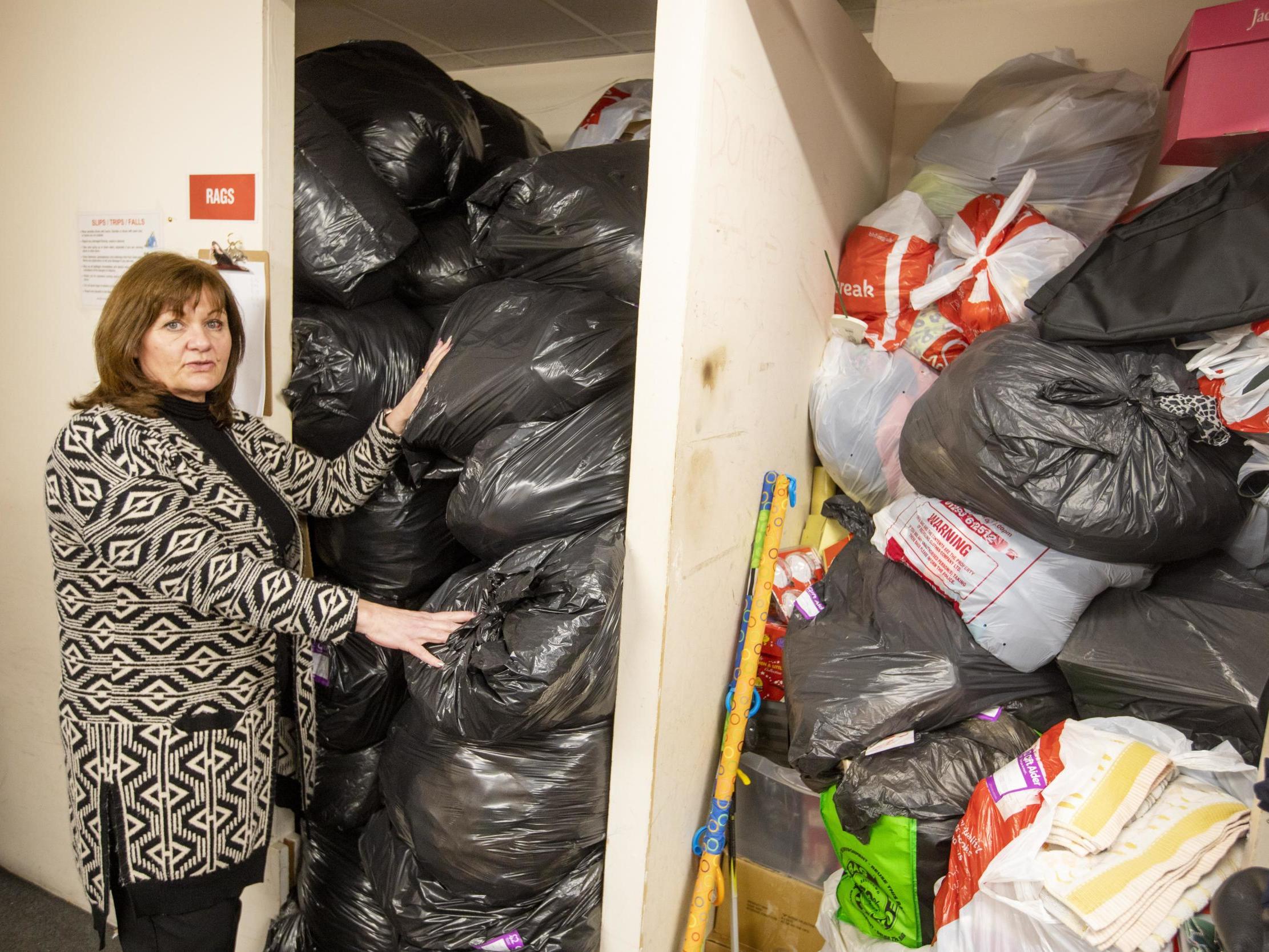 Best Computer Technology Colleges In The U S.