Fashion designer Philipp Plein has faced backlash after paying tribute to the late Kobe Bryant in a “distasteful” way during a Milan Fashion Week show on Saturday.

For the finale, the German fashion designer styled his models in Swarovski-encrusted garments inspired by Bryant’s Lakers jersey, embossed with the late basketball player’s shirt number “24” and Plein’s surname.

The catwalk also included gold helicopters as props, a feature that has been heavily criticised.

On 26 January, a helicopter crash in Los Angeles took the lives of Bryant, his 13-year-old daughter Gianna Bryant and seven other passengers.

Plein’s decision to pay homage to the late basketball player in such a manner has been heavily criticised online.

“Philipp Plein who has so long been making clothing that adds nothing but clutter to the fashion landscape has decided to include gold helicopters along his crystal basketball jerseys after the passing of Kobe and Gianna Bryant. It’s disgusting.”

“This is disappointing, distasteful and disrespectful. Philipp Plein making a ‘tribute’ to Kobe Bryant by featuring a gold helicopter and tastelessly placing his name all over Lakers style jerseys with Kobe’s number. I am actually shocked,” someone else remarked.

In a statement sent to The Independent, Plein explained that the set-up for the catwalk was designed and arranged in November 2019.

“This is the reason why there were gilded helicopters on the runway. I would have clearly removed them if possible, but it was too late to replace them,” he said.

Plein stated that during his Milan fashion show, which featured individuals including actor Jada Pinkett Smith and fashion influencer Olivia Culpo, he made a “public statement” explaining his decision to pay homage to Bryant, and “made clear that profits from the capsule collection will be donated to Mamba and Mambacita Sports Foundation”.

“The first 20.000 USD have been transferred to the foundation already last Friday, the day before the show,” the designer outlined.

“This tragedy affected myself and all the world deeply and I feel that my fashion show have been the best moment to express my respect and admiration for Kobe Bryant, his daughter Gianna and his family.”

Plein also said that he found it “sad to see how something positive and constructive can be misinterpreted by people who obviously want to interpret negatively without even having a reason”.

“As a matter of fact, I can ‘really’ doing something to help and to support the foundation. Actions speak louder than words!” he stated.

On Sunday, Giorgio Armani held a runway show at Milan Fashion Week in an empty room amid coronavirus fears.

In a statement released by the Italian fashion house, Armani stated: “The show will be shown behind closed doors, due to recent developments of coronavirus in Italy, live-streamed in front of an empty Teatro [theatre] on the Armani website, therefore please do not attend the show this afternoon.

“The decision was taken to safeguard the well-being of all his invited guests by not having them attend crowded spaces.”

Tue Apr 14 , 2020
Dua Lipa has shown off a black version of the ensemble she wore to the 2020 Grammy Awards. On Sunday, Lipa acted as a presenter at the awards ceremony, which was held at the Staples Centre in Los Angeles. The 24-year-old arrived at the star-studded event in a 90s-inspired Alexander […] 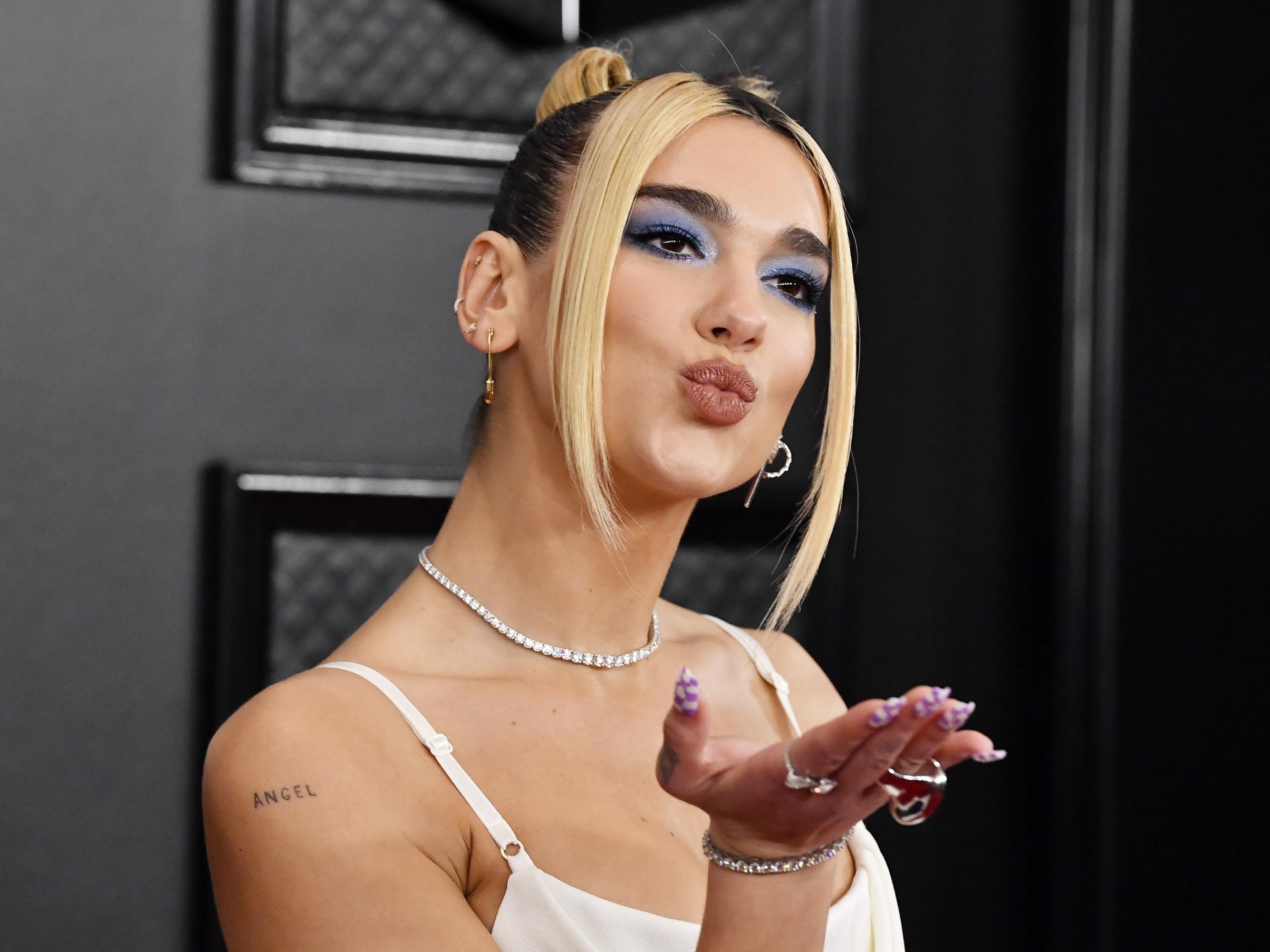