Beyoncé‘s stylist has revealed the extent of the work that went into dressing the star for her acclaimed visual album Black Is King, detailing the hours that were spent creating one of the most recognisable looks from the Disney+ film.

Black Is King, described as being “a story for the ages that informs and rebuilds the present”, features songs from The Lion King soundtrack, as well as Beyoncé’s accompanying album The Gift.

Stylist Zerina Akers, who has worked with Beyoncé for the past six years, explained the creative process behind devising Beyoncé’s many looks for the film, including the dazzling leopard-print ensemble.

“When we worked on the all-leopard and animal-print pieces, many people hadn’t successfully mixed animal prints in that way, and on so many people,” she said.

“It feels like an old lady gang in Harlem, but still speaks to a very modern woman, a very strong woman – it’s really beautiful and Valentino!”

Akers added that she believes this marked the first time that a Valentino Couture garment has been featured in a music video.

Another outfit that stood out in Black Is King was the Jérôme blue lace ensemble that Beyoncé wore for the song “Already”, which featured an extravagant headpiece and matching corseted trench dress.

Akers explained that the look drew inspiration from “women at Nigerian weddings and the power, the strength, and the essence of these matriarchal Nigerian women”.

The stylist stated that for her, the “epitome” of the visual album was “highlighting and celebrating Africa and the African diaspora”.

“That’s important for me, for every project we’re on to just consistently amplify the voices and the visibility of Black designers,” she said.

To take a look at the best fashion moments from Black Is King, click here.

Thu Aug 6 , 2020
Linen is the fabric your wardrobe needs for summer. While in the Nineties it became synonymous with your tired and drab holiday wardrobe, it has since seen a resurgence, hitting the runway and high streets in a big way. During spring/summer 2018 shows, for example, the catwalks were littered with […] 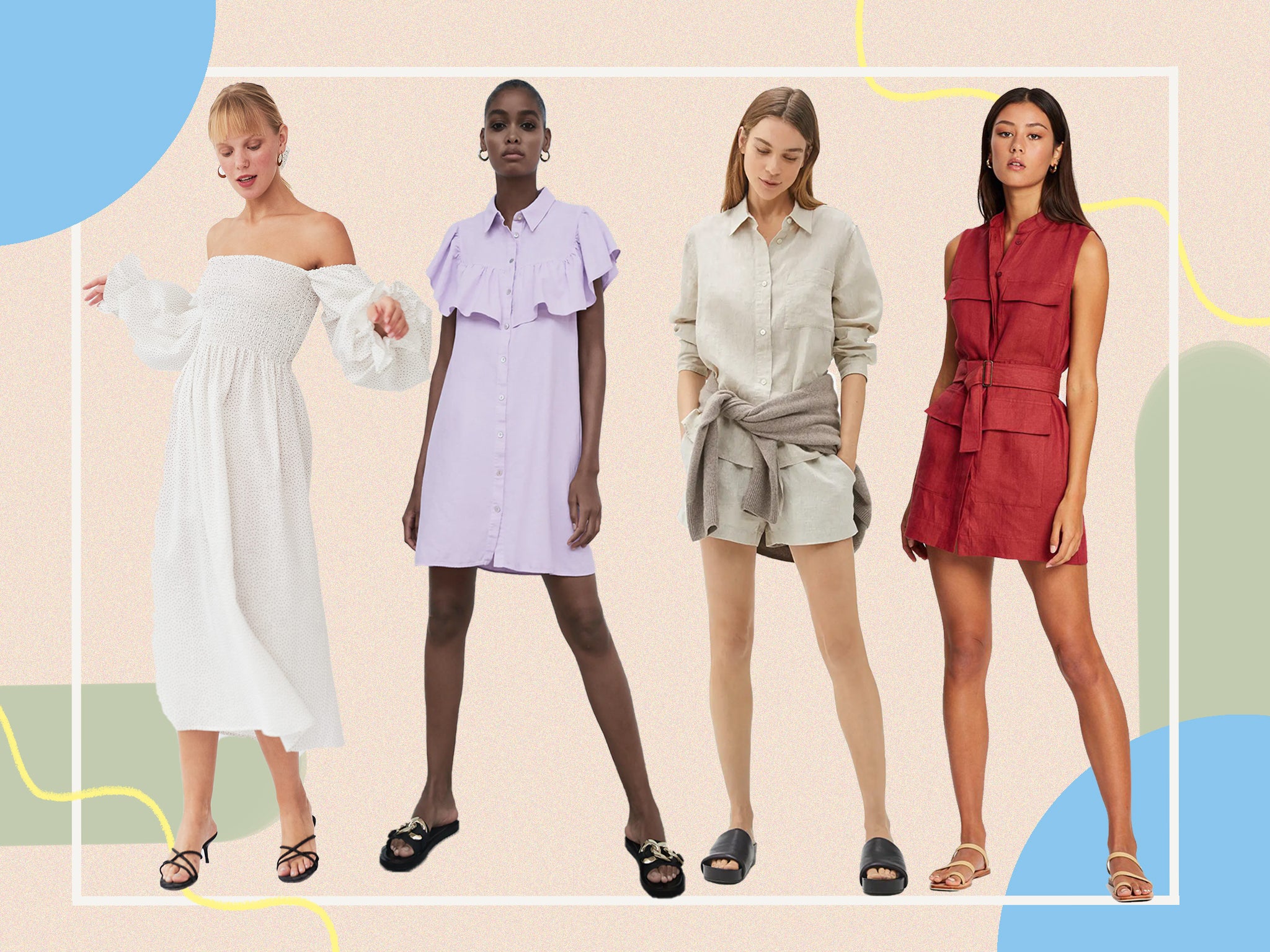