Anya Hindmarch has made a bold statement about the impact of plastic pollution, filling her stores with more than 90,000 plastic bottles.

For three days, Hindmarch has closed all five of her London shops, using tens of thousands of plastic bottles sourced by the designer’s team from local communities to fill the stores.

Throughout London Fashion Week, the environment and sustainability have been hot topics of conversation.

On Saturday, activism movement Extinction Rebellion held a protest at London Fashion Week, blocking roads as they called for the biannual event to be cancelled due to the detrimental impact of the clothing industry on the environment.

But fashion accessories designer Hindmarch chose to raise awareness of an environmental cause in a different way, highlighting the prevalence of plastic pollution.

The designer chose to use 90,000 bottles to fill her stores as “this is the number of plastic bottles that are puchased globally every six seconds”.

To coincide with her eco-conscious demonstration, Hindmarch has also launched a new campaign, titled “I Am A Plastic Bag”.

While Hindmarch explored using vegan or recycled leather, in the end the bags were made with leather on the trim.

“Whilst the initial plan was to use vegan or recycled leather for the trim, after much research and expert advice, it was concluded that responsibly-sourced leather was the best material as the alternatives contained unacceptably high-levels of polyurethane,” a press release from the designer explained.

“The leather used is a by-product of the meat industry and is sourced from a tannery in Northern Italy close to where the bag is made.”

The release of the “I Am A Plastic Bag” collection follows Hindmarch’s first ”I’m Not A Plastic Bag” range, which was launched in 2007 in collaboration with advertising agency Antidote and social change movement Shift.

“Since our 2007 I’m NOT a Plastic Bag project, I have not been able to get these words out of my head,” Hindmarch stated.

“The problem of single-use plastic and landfill is far from over, however the mission has shifted from simply being about the ‘awareness’ of using less plastic, to being more about the ‘circularity’ of the use of materials in the supply chain.

“That’s why I have spent the last two years developing I AM A Plastic Bag.”

A limited number of items from the “I Am A Plastic Bag” campaign are available from February, with prices ranging from £595 to £695, with the full range being released in April.

For all the latest news from London Fashion Week, click here.

Mon Mar 30 , 2020
Peter Lindbergh photographed Dior’s most exceptional muses, Marion Cotillard and Charlize Theron among them, and signed campaigns for Lady Dior and J’Adore with his inimitable style. Throughout his career, the photographer was one of the house’s closest collaborators. Seventy years of Dior history projected against the effervescence of Times Square, New […] 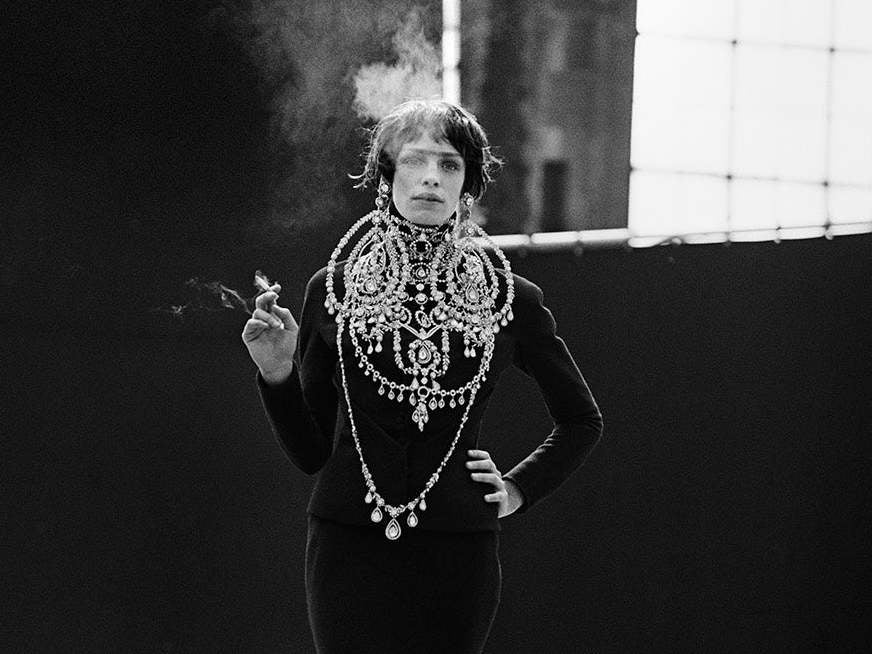