Almost as soon as Judge Amy Coney Barrett stepped onto the public stage at the largely unmasked Rose Garden ceremony in which President Trump introduced her as his choice to replace the late Justice Ruth Bader Ginsburg, the T-shirts appeared.

Touting the jurist as “The Notorious ACB,” they featured Judge Barrett’s face atop a simple round-neck shirt — and under a crown, à la Biggie Smalls (and RBG).

And yet, as the Senate confirmation hearings have made clear, the image Judge Barrett is trying to project is pretty much the opposite of “notorious.”

Indeed, she even said, during her first day of questioning, that justices cannot “walk in like a royal queen and impose their will on the world.”

Better they walk in like the supermom next door.

Thus did Judge Barrett enter the hearing room, accessorized with a single strand of pearls and a pair of practical pumps, her just-below-shoulder-length hair neat but not the sort of sleek sheet that telegraphs “professionally styled.” Thus did she take her seat, her children arrayed behind her like a bouquet: girls in dresses, boys in suits and ties. Thus was she bathed in the rosy domestic shades of mid-last-century: magenta, red, lilac and lavender.

She may be about to ascend to the heights of legal power, ruling on cases that affect the lives of millions and shape future generations, but she does so cloaked in an image that calls to mind not the clichéd glass-ceiling breaker in a can’t-miss-me trouser suit and power pin, but rather the P.T.A.

In an arena of lawmakers poised to lob a variety of rhetorical grenades (aimed, to be fair, largely at one another), it was a strategic, disarming choice.

Why does it matter, in this woman of unquestionable substance? The question was raised, fairly, when a female lawyer posted a critical tweet about the choice of a dress without jacket on Day 1.

It’s because the hearings are theater, enacted largely for the benefit of the viewers: the famed “American public,” the senators kept addressing. After all, given the pandemic, the most logical choice would have been to hold the hearings, if they were to be held at all, remotely and via video.

Instead, they took place live and in person (with some senators appearing remotely), allowing the senators to posture and speechify for the camera, both Democrats and Republicans, even though they all kept saying that the result was a foregone conclusion.

Which suggested that the result was not the point. Public relations, geared toward an election, was the point. And in P.R., image matters. A lot.

The hearings are a three-day opportunity for Judge Barrett to present herself not as the caricature both sides are trying to draw (as she said), but as an individual of her own making. To frame herself beyond the page and prime the country’s citizens to see her through the filter of their own free associations. To that end, how she looks is the visual equivalent of the prepared statement.

And as such it is notable that ever since she has first appeared in the Rose Garden, Judge Barrett has primarily worn jewel-neck dresses with bracelet sleeves, and discreet to-the-knee hemlines. Occasionally with a stylized bow. First there was the espresso dress she wore to accept her nomination. Then the navy style adopted for her first round on Capitol Hill. The magenta dress with a neat integral bow on Day 1 of the hearings.

Even the red jacket with matching skirt or dress (it was impossible to tell) she wore on Day 2 echoed the silhouette: three-quarter-length sleeves, round neck without lapels or obvious shoulder pads, straight skirt hovering above her knees.

Ditto on Day 3: the pastel blouse with the little upstanding frill at the neck, worn under the soft, nubby tweed jacket (again, no lapels and gently rounded shoulders) in a complementary pixelated shade, with matching straight knee-length skirt.

If you think, “Dress, big whoop,” know this: During Barack Obama’s first presidential campaign, after Michelle Obama was attacked for the fist bump and showing off her biceps, her style adviser at the time told her that to help change the narrative until the election, she would be wearing dresses with sleeves.

That look, in the subconscious mind of the electorate, was nonthreatening and maternal. Familiar (familial). Reassuring. Playing on such stereotypes from our shared past is a basic part of the political playbook.

It’s a look that is more classically feminine — ladylike, even — than is usual in such situations, now that even movie stars tend to trouser suits and glasses. Notable in its consistency. But also noncontroversial and nonconfrontational.

(The senators, by comparison, were happy to confront both verbally and visually, so that even when they weren’t speaking, they were making a point to their constituencies: Mazie Hirono, Democrat of Hawaii, wore a face mask printed with RBG figures; Amy Klobuchar, Democrat of Minnesota, wore a “Vote” mask. Both wore little RBG lapel pins. And Ted Cruz, Republican of Texas, returning from quarantine, wore a mask in the form of the Texas flag.)

The effect is to present the nominee as the opposite of an extremist — which is, of course, how the Democrats are trying to portray her. She doesn’t look like someone who will take away your health care; she looks like someone who will bandage your boo-boo with brisk efficiency, give you a Spiderman Band-Aid and send you on your way.

She doesn’t look like someone who thinks she is more clever than you, even though she graduated first in her law school class so … duh. And she didn’t need notes!

She radiates preparedness, not in a smarty-pants way, but in the way of the parent who leaves the house with wet wipes, a pen and a snack in her handbag. She looks decorous. She looks like someone who would — as she said — respect history and authority, rather than upend it. She looks like someone good at baking snickerdoodles. Though she didn’t say that, and it may not be true.

Still, if there’s one thing she understands, it is precedent.

Fri Oct 16 , 2020
HOUSTON – In fashion everything old is new again, but sometimes we may need a little guidance on putting a modern spin on things. Styles of Houston founder Ryne Williams shared three ways to stay on trend with a comeback accessory – the fanny pack. “[It’s] a comeback fashion accessory […] 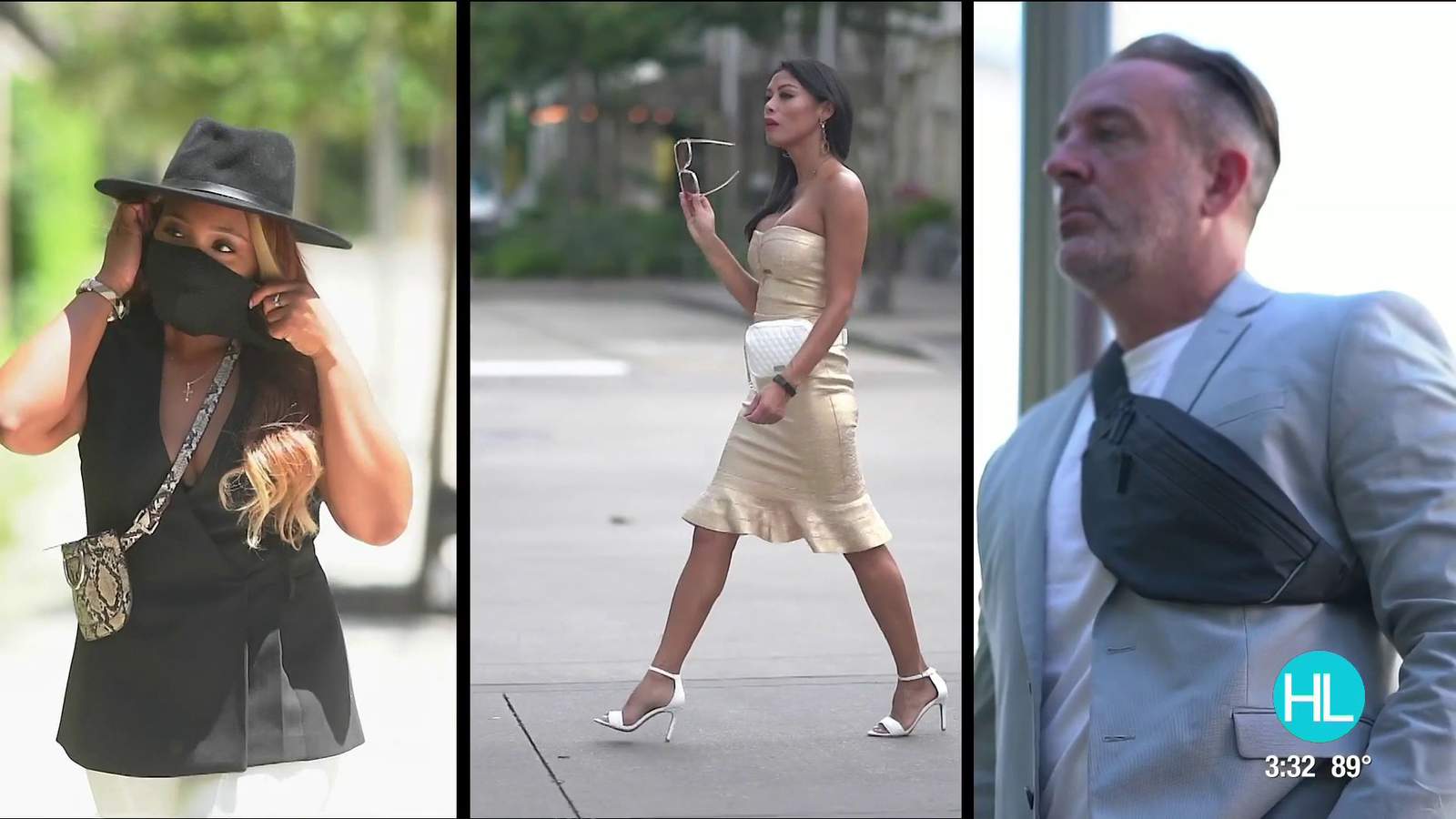