For members of the royal family, being in the spotlight is an unavoidable part of life, which means appearances during each and every public outing must be flawless.

Fortunately, there are surprisingly simple styling tips and fashion hacks that ensure female royals never have to worry about wardrobe malfunctions caused by windy days or too-tight heels.

From taming flyaway hairs to manoeuvring uncomfortable heels, these are some of the fashion tricks the royal family relies on during public appearances.

Tights with sticky pads on the feet

One of the unspoken rules of royal fashion protocol dictates that female members of the royal family must wear nude or sheer tights during public outings.

However, to avoid slippery feet in heels, which would make it harder to walk, royals such as Kate Middleton rely on pantyhose with silicone pads on the bottom.

According to The Sun, the Duchess of Cambridge prefers John Lewis tights, which are only $7 and come in nude, black, and tan.

Hairnets are another hack used frequently by the Duchess of Cambridge when she has her hair styled in an updo.

The inexpensive beauty tool, which can keep hair in place for hours, also means that the duchess does not have to worry about flyaway hairs on windier days – or her updo coming undone.

Kate was first spotted wearing a hairnet in October 2016, with fans noticing the royal relied on the hair hack again on 10 June 2018 during a flypast at Buckingham Palace to mark the 100th birthday celebrations of the Royal Air Force, according to Harper’s Bazaar.

Queen Elizabeth II also relies on fashion tricks when it comes to public appearances, most notably her choice to wear bright colours.

While it may seem like the 94-year-old monarch opts for neon colours simply because she likes them, the main reason is actually because the vibrant colours make her visible even in a crowd.

In the documentary The Queen at 90, Sophie, Countess of Wessex explained: “She needs to stand out for people to be able to say ‘I saw the Queen.’

“Don’t forget that when she turns up somewhere, the crowds are two, three, four, 10, 15 deep, and someone wants to be able to say they saw a bit of the Queen’s hat as she went past.”

With hats a necessary accessory for certain occasions, members of the royal family want to make sure they can avoid having them fly away on a windy day.

To ensure hats stay on heads, most royals rely on built-in combs, or elastic, to keep the accessories in place.

“All my hats are fitted with combs or elastic that sits comfortably behind your ears and under all your hair so it’s not visible,” milliner Rosie Olivia previously told Forbes.

While it may look like a fashion faux-pas, there’s a reason that female members of the royal family, including the Duchess of Cambridge and Meghan Markle, have been photographed wearing shoes that appear too big.

According to fashion expert Harriet Davey, going up a shoe size is a style hack employed by many celebrities to avoid blisters – and to accommodate for swelling feet.

“Celebs often go a size up, or even two, in the shoe department when they’re at an event or on the red carpet and it’s for one reason we can all relate to – to avoid blisters,” Davey told The Sun, before adding that feet begin to swell when standing for long periods of time.

One of the most commonly relied on fashion hacks for royals is the inclusion of weights in skirt and dress hems to ensure that wind does not cause a wardrobe malfunction.

Stewart Parvin, one of Queen Elizabeth’s couturiers, previously told the DailyMail he sews small lead weights, typically used for curtains, into the monarch’s hems to prevent skirts from moving.

Meghan and Harry: The secret symbols in the duchess’ wedding ensemble, from her Commonwealth veil to Diana’s ring

Tue May 19 , 2020
On Tuesday 19 May, the Duke and Duchess of Sussex celebrate their second wedding anniversary. Much has happened since the couple tied the knot at St George’s Chapel in Windsor in 2018, the most significant moments being the birth of their son Archie and their decision to step down as […] 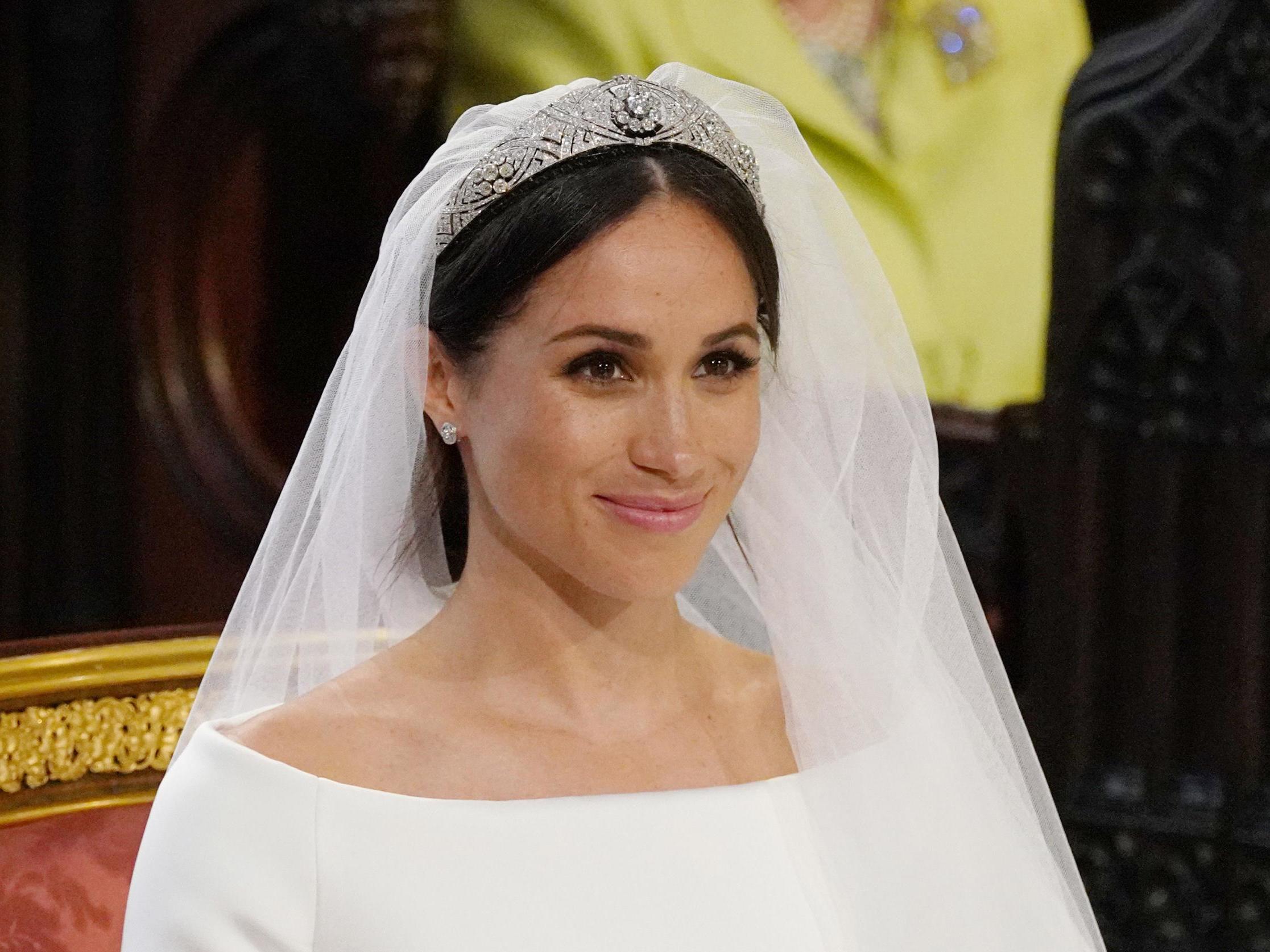